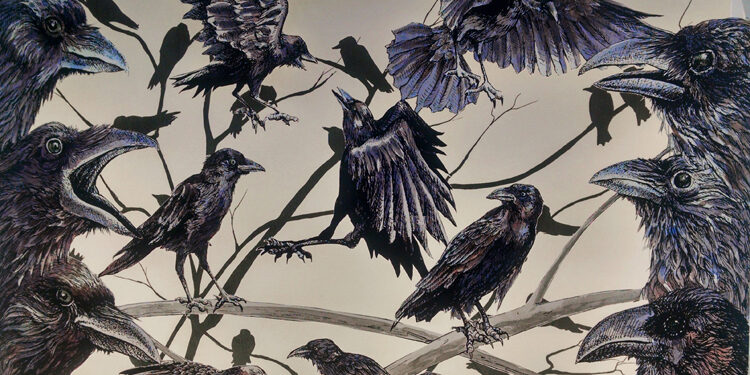 Canoeing the swamps and wetlands in the Gulf Coast, Louisiana native Pippin Frisbie-Calder developed a deep appreciation for the raw beauty, fragility and diversity of the various ecosystems.

The New Orleans printmaker hopes to document what these threatened areas have – and what they may still lose – in her art.

The artist: Born in Hammond, LA, but was raised and homeschooled on a boat sailing from Mandeville, LA, through Central America with her family. Since her dad is English, the family also spent some time in Europe.

The studio: For years she worked out of the New Orleans Community Printshop. In 2017 she moved to her own printshop/studio in Arabi, LA, a New Orleans suburb.

What’s popular: Large-scale woodcuts pieces that range in size from four to seven feet ($800 to $2,600). Popular subject range from birds in flight to large cypress trees.

Inspiration: The natural world and science.

Art influences: Hokusai, William Morris, Swoon and Ernst Haeckel, to name a few. Also the decorative traditions of Art Deco and the narrative arch of artists like Kathe Koolwitz, a Russian painter who later turned to lithography and woodcuts.

Fun requests: Create big, old alligator images. She has been trying to find the right gator for years. A few years ago, she came upon one that was 13 feet long. But she didn’t have her camera.

What’s new: Working with encaustic, creating collages with her printmaking. 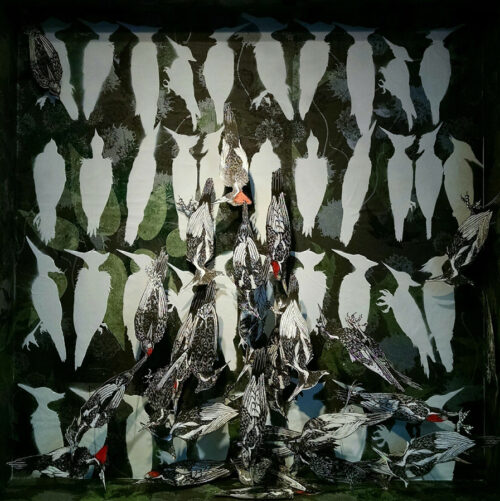 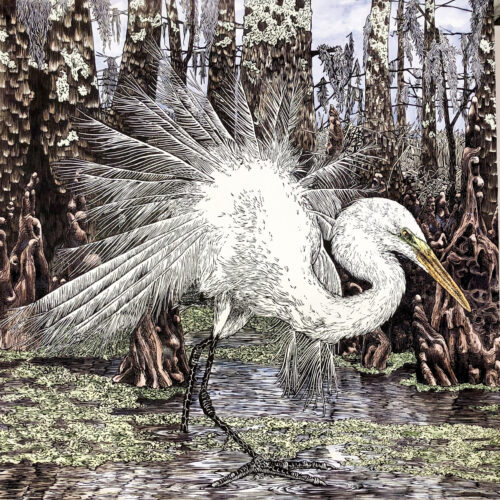 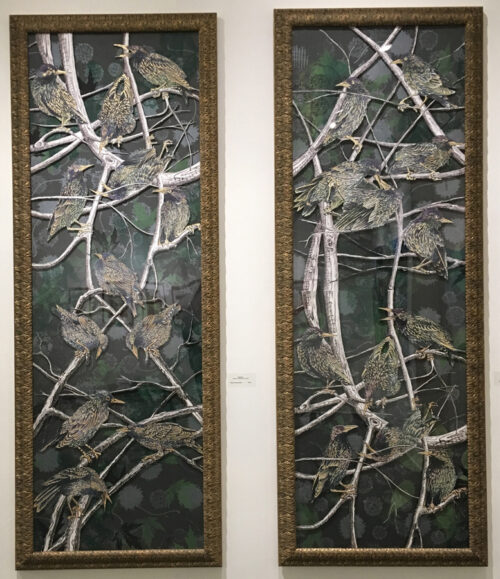 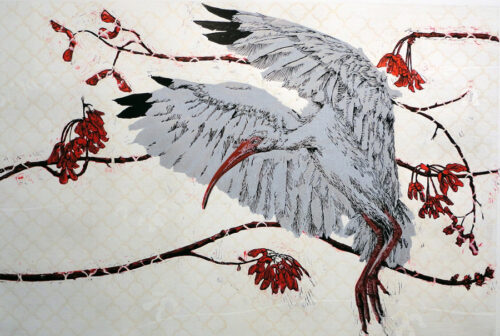 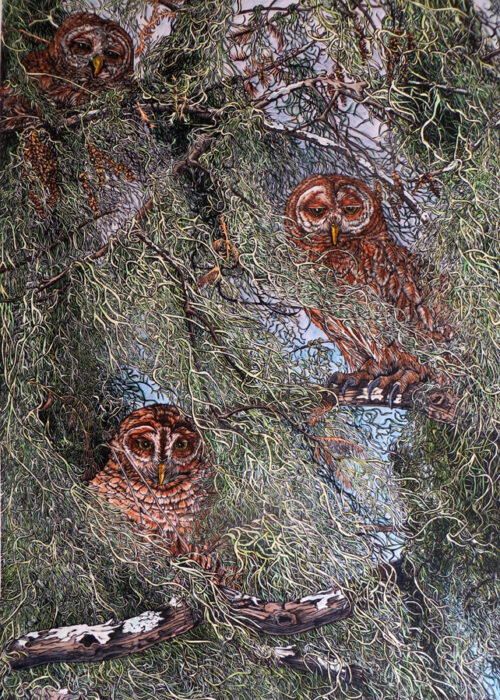 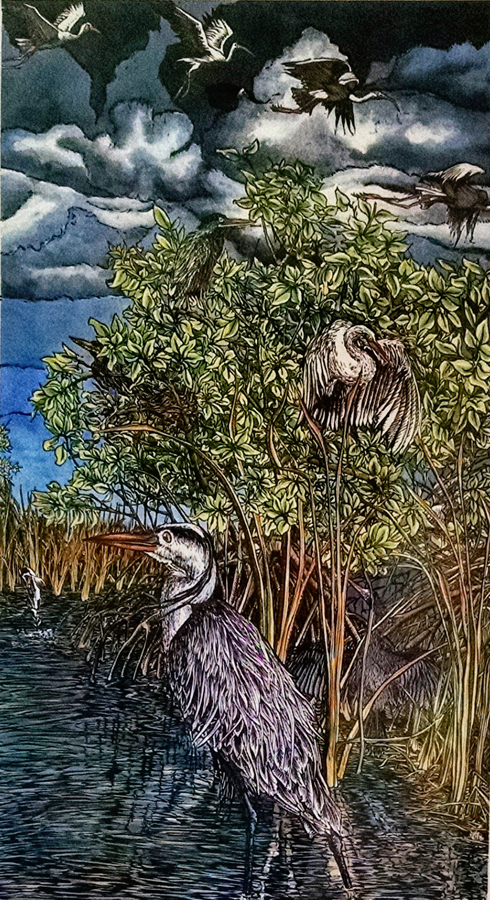