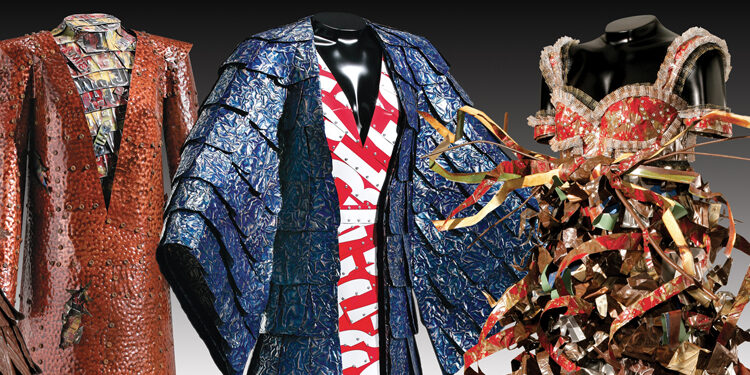 Who would’ve thought you could make a stunning dress out of bottle caps, roof shingles and soda pop cans.

The result is a sought-after collection of dress sculptures, all made from the most unexpected materials.

The artist & background: Born in Southern California, Petrey earned degrees in graphic design and advertising photography and film. After college in California, he moved to Orlando and opened a production studio.

In the beginning: Throughout the ‘80s and ‘90s, Petrey gained national recognition as a photographer in the area of food, celebrities and advertising. Though he had no formal training in the fashion world, Petrey dealt with styling and wardrobe for advertising projects.

Career change: In 2007, when he moved with his artist-wife to Chattanooga to make a career change, Petrey used his design sense to create his dress sculptures. The first dress sculpture he made is in their home.

The studio: Petrey Studios in downtown Chattanooga opened in 2007 in a former commercial building in the city’s Southside District.  The space serves as the artist’s home and studio.

The goods. Mostly figurative sculptures ($2,300 to $50,000) made with repurposed materials. Sizes range from 19 inches tall to life-size. He is usually working on three to six pieces at a time.

What’s popular: 27-inch toddler pieces ($5,500) and the “Dress Series” in various colors and materials. The one-of-a-kind dress sculptures have names like Ethel, Olivia and Owen.

Also: Lots of steel bottle caps, which create repeating pattern textures and shapes on his pieces. And brightly colorful plastic utensils, like on the skirt of “Carmen.”

Outdoors: Dresses for outdoor spaces are made with durable materials, such industrial rubber, aluminum flashing and roofing tiles.

His blue rhino standing on a wagon, known as Blue Boy Pull Toy #1, is made of textured and aged copper with a blue patina, railroad ties and vintage farm implement wheels. The oversized outdoor sculpture is in Coolidge Park near the Chattanooga Theater Center.

Fun requests: Clients who want to capture memories of their children at a special age. For example, one client wanted sculptures, for her new California home, of her daughter and son when they were around three to six years old.

The son was dressed in green overalls with typical of-the-day striped kids’ T-shirt. The daughter was in her favorite red with black trim winter coat.

Big break(s): A custom piece for Disney-Pixar for the premier of the 2012 animated film “Brave. The 65-inch-tall sculpture, made from patina copper and steel, resembles the movie heroine’s dress. The piece is in his studio and is shown at museum and special events. Also having his work in private and corporate collections worldwide.

What’s new: Sculptures of animal/human hybrids who potentially take over for humans who have harmed the planet and hunted many species to extinction. The upright figures have an aggressive stance and are futuristic in concept in this series called “The Hunted Becoming the Hunter.” See the images below.

What’s next: Designing two sculptures for a music-themed restaurant on a new cruise ship now under construction.

Where to buy: johnpetrey.com and several galleries across the country, including Gallery 1401 in Chattanooga. 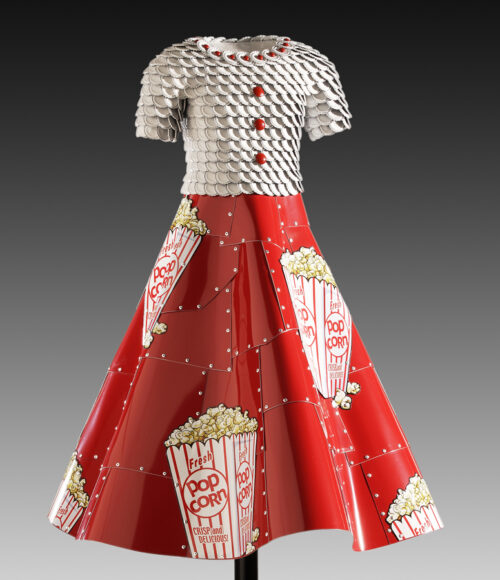 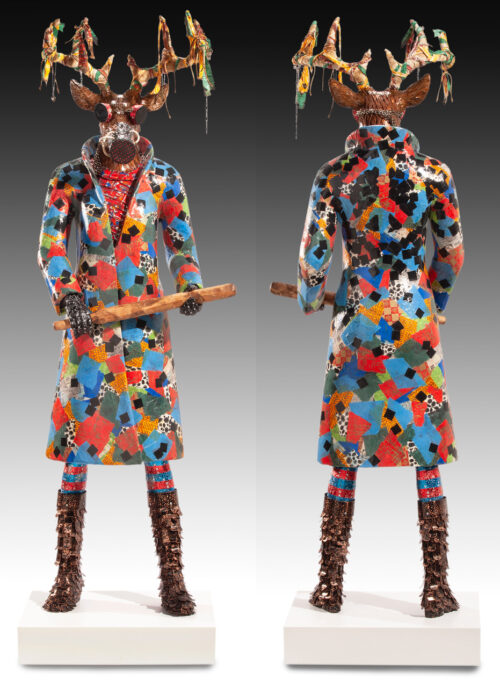 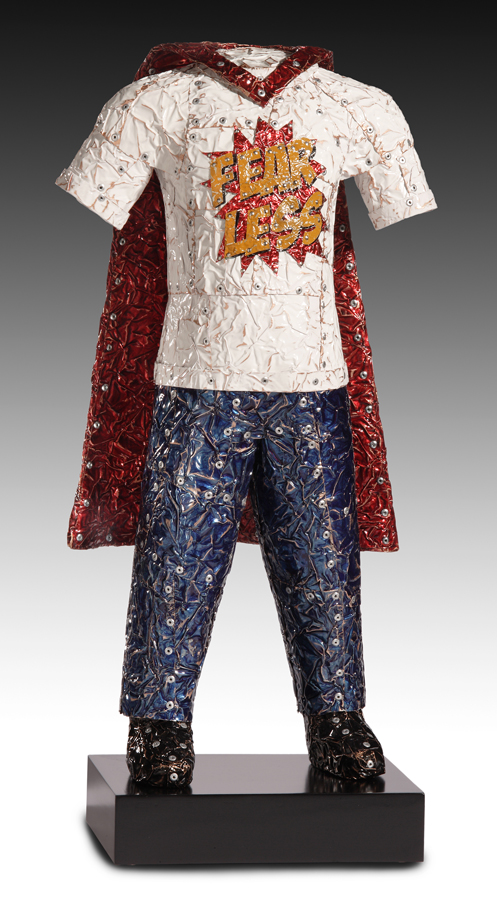 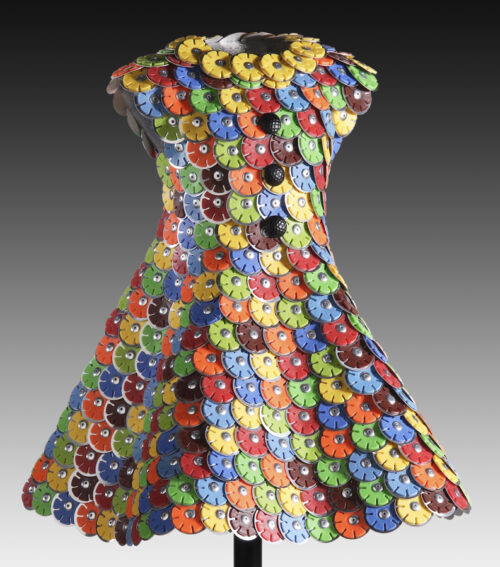 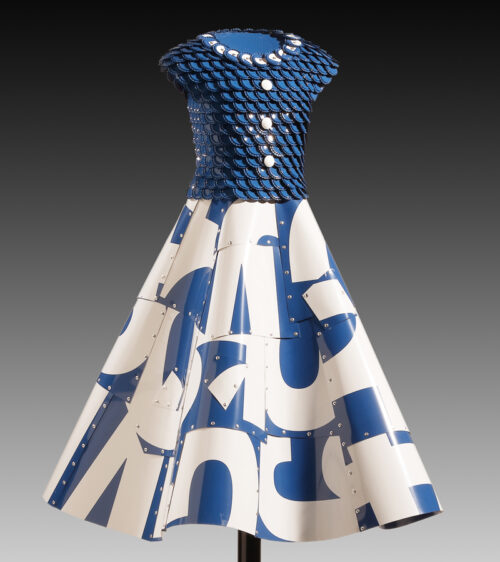 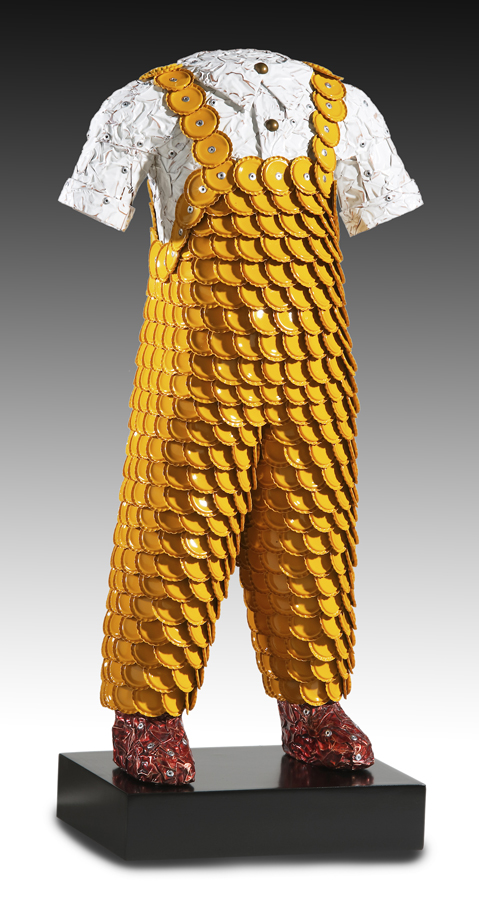 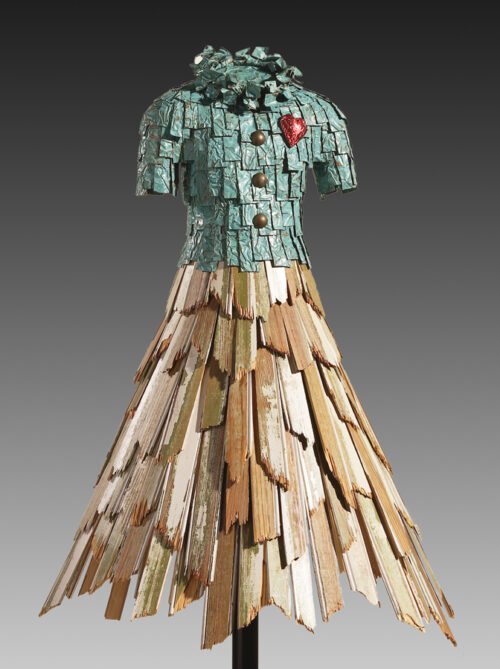