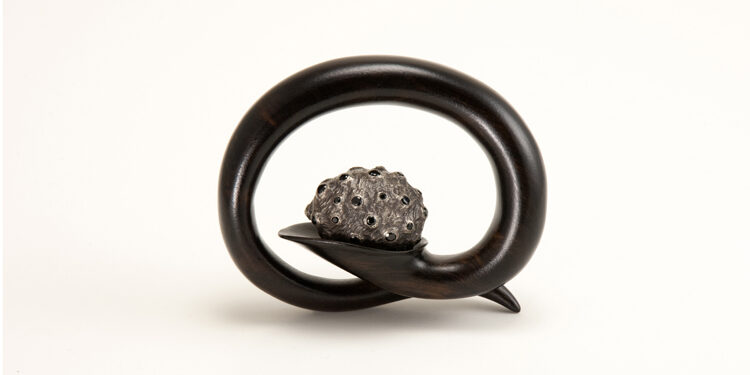 In his carved wood jewelry, Louisiana’s Daniel DiCaprio hopes to create biological forms, like orchids, that are weird yet beautiful.

The artist: Born in Albany, DiCaprio grew up in the Hudson River Valley of upstate New York. He graduated with a degree in art education from Nazareth College in Rochester, NY, and later earned his master’s degree in metal design from East Carolina University.

After graduating, DiCaprio got a jewelry job at Hoover and Strong in Richmond, VA, where he learned and practiced goldsmithing. He worked there for five years while continuing to create his own artwork in a home studio.

In 2014, he moved to Lafayette, LA, to teach at the University of Louisiana at Lafayette.

The company/studio: Daniel DiCaprio, based in Lafayette, started working professionally in 2009. The artist’s studio is an outbuilding in his backyard. The building was originally a small antique store.

Sometimes this is metal wire inlay or cast elements with flush set stones. Other times it might be carved pewter, champleve enamel or cast resin.

Other favorites: Earrings ($200 to $800) that often reference his brooches.

Claim to fame: Some of his earrings were featured in a photo shoot with singer songwriter Alicia Keyes for Essence magazine.

Fun or unusual requests: Later, the Essence magazine photographer requested a big necklace — and needed it in a week. Unfortunately, that couldn’t happen.

Big break: When he started working with Charon Kransen Arts in New York City in 2008, DiCaprio gave Kransen all of his work to exhibit at SOFA Chicago. All of DiCaprio’s jewelry sold.

“It gave me a lot of hope that what I loved doing could become my career,” said DiCaprio.

Awards & honors: Many, including: 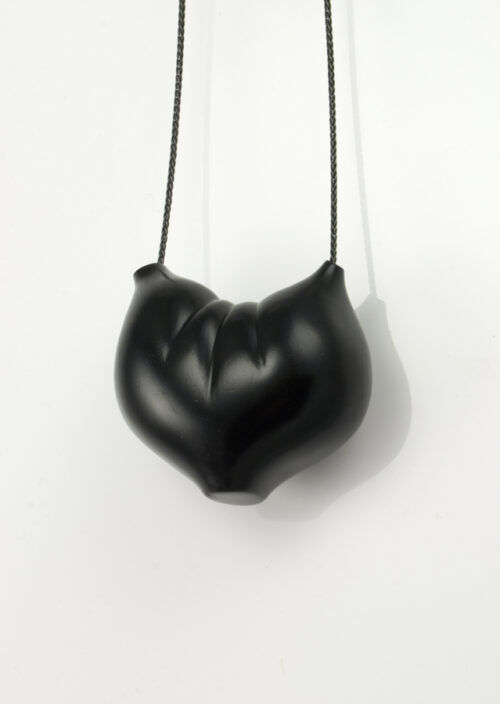 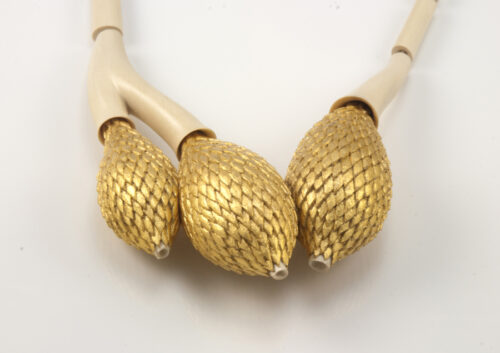 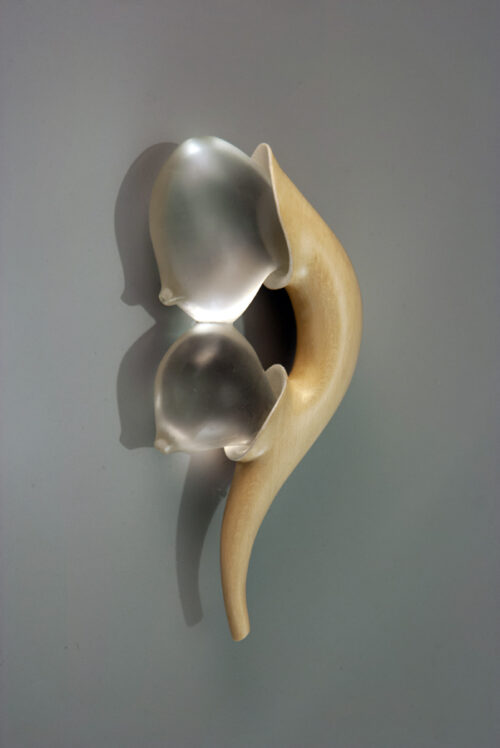 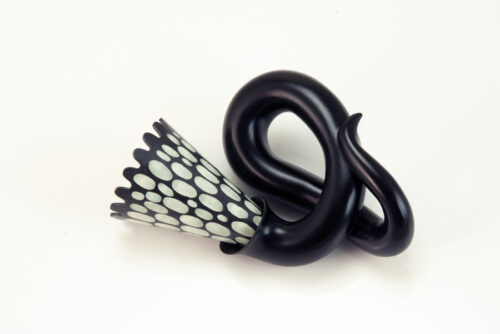 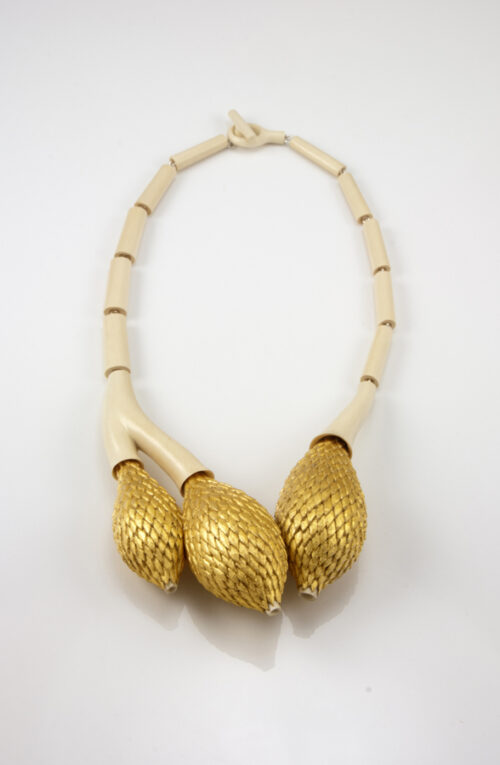 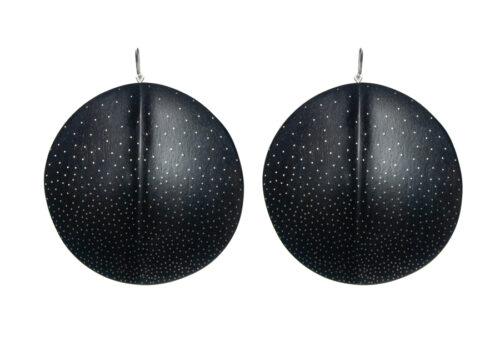 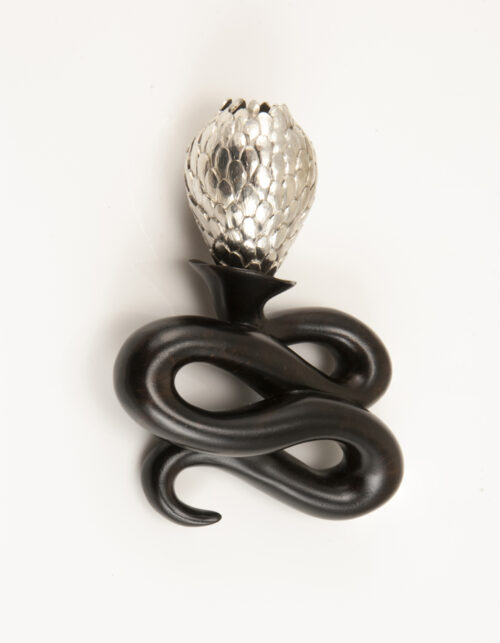 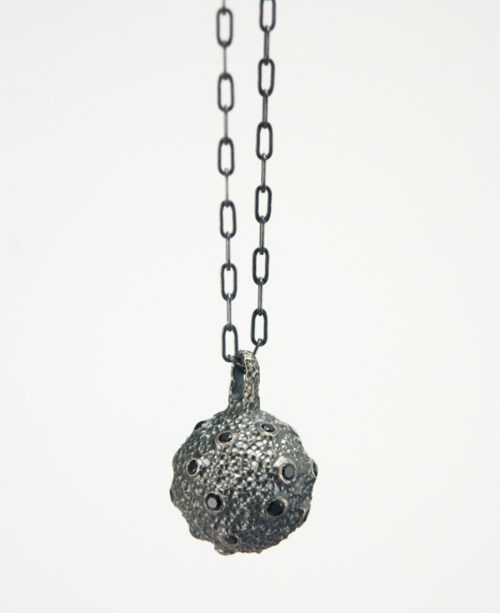 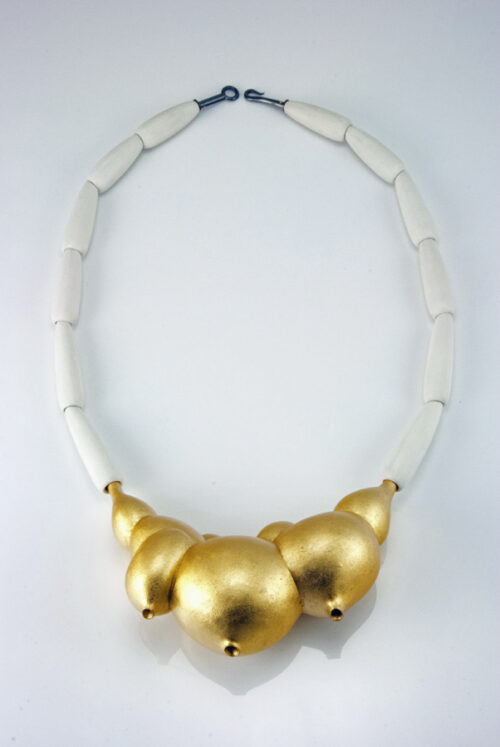