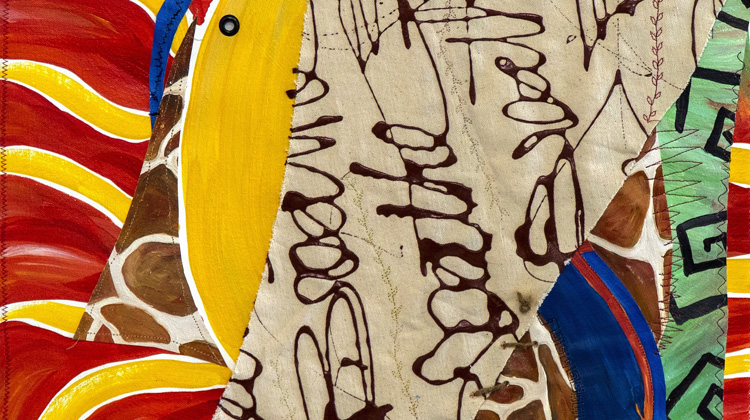 Atlanta’s Roxane Hollosi calls her multi-layered art a visual document of the energies she feels – and those around her.

The artist: Born in North Dakota, she grew up in southern Minnesota and Iowa.  She earned a BFA from ISU College of Design in Ames, IA, and received additional training at the School of the Museum of Fine Arts in Boston. In 2006, Hollosi moved to Atlanta.

The company:  Roxane Hollosi Fine Arts is based in Atlanta. The multidisciplinary artist, who has been working professionally for 14 years, maintains a home studio and workshop.

In the beginning:  In second or third grade, Hollosi asked her mom about a painting on a wall in their house. She learned it was painted by the fourth grade teacher at school.

From that moment she told herself, “That’s what I want to do, paint pictures for the wall.”.

“I am constantly collecting and editing the materials in my studio,” she said

The work draws on the 2020 world’s plastic plague, the respiratory gasps of Covid-19, and one man’s cries: “I Can’t Breathe!” The word “breathe” is inscribed within each piece.

Other favorites: Playful wood assemblages ($125 to $650) that give her the opportunity to create forms that go beyond the wall.

Fun, special or unusual requests: Making opera costumes for her children’s school. A costume for the three-head dog, Cerberus, was particularly memorable.

Claim to fame: Known as the “Bee Lady” for her facebook and Instagram posts. For several summers, Hollosi encouraged foraging honey bees to feed in her back yard. She also began studying them, creating art and social media posts about the importance of pollinators.

What’s new: A series called, “Can We Come Out and Play?” It is a small format collage series incorporating the energy of the world trying to open up during the ongoing Covid pandemic. 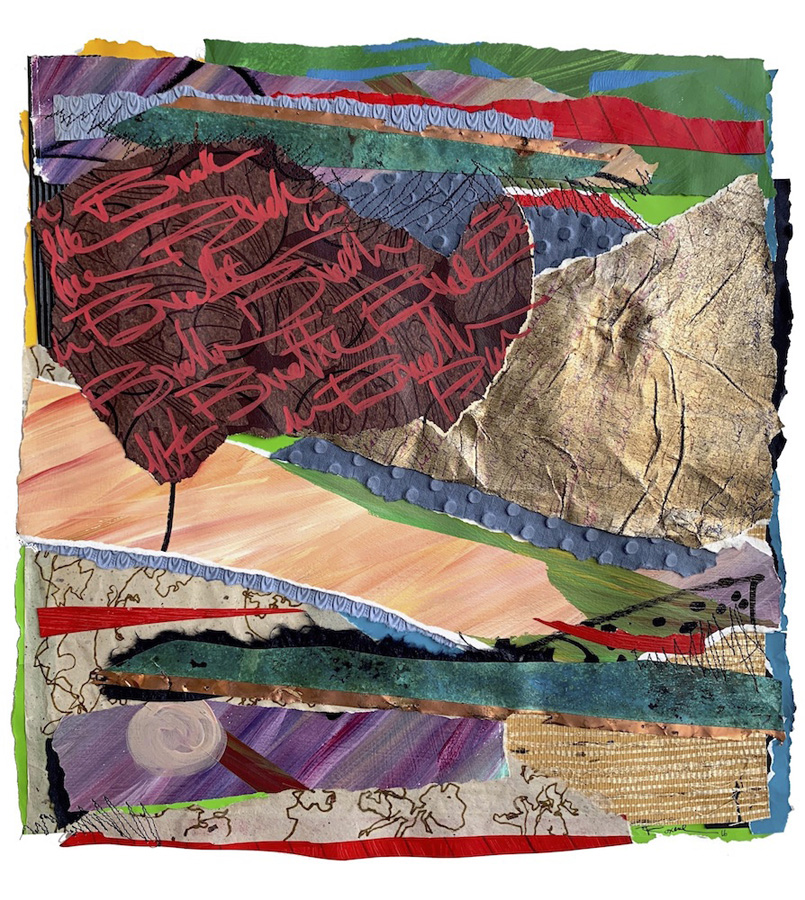 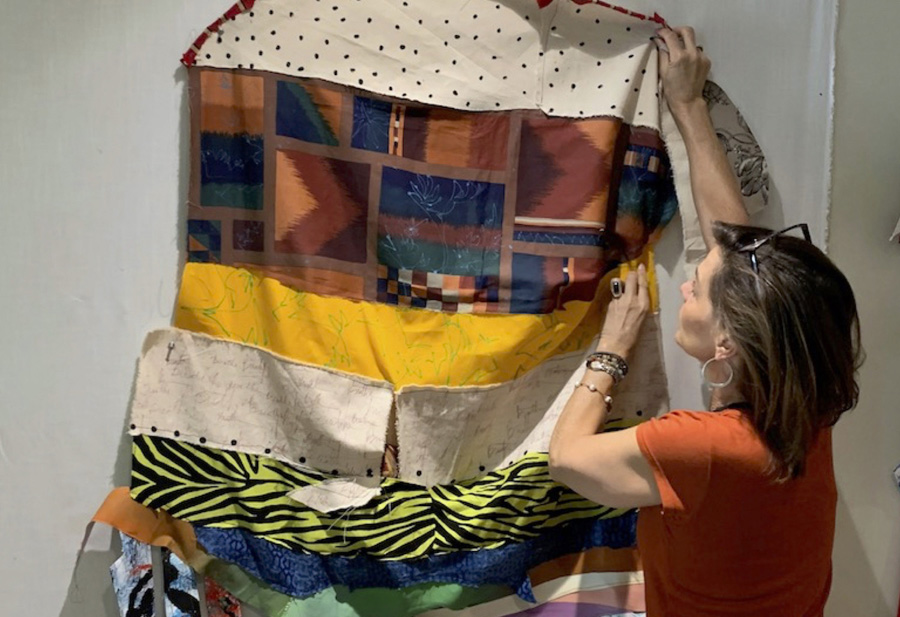 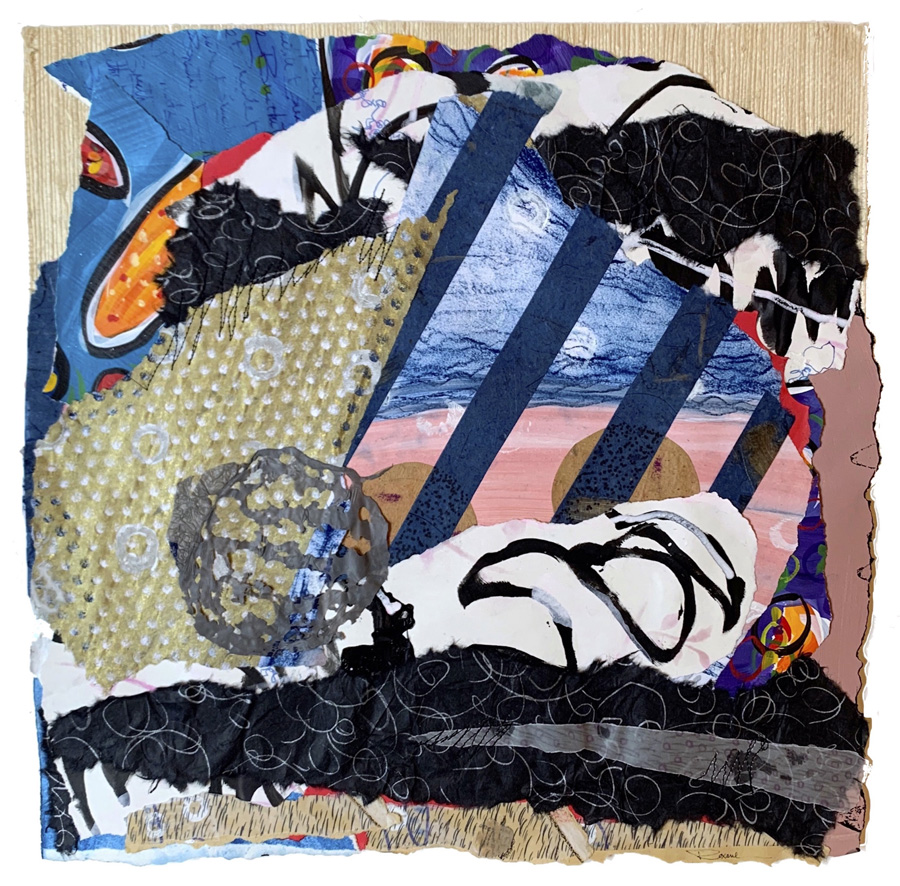 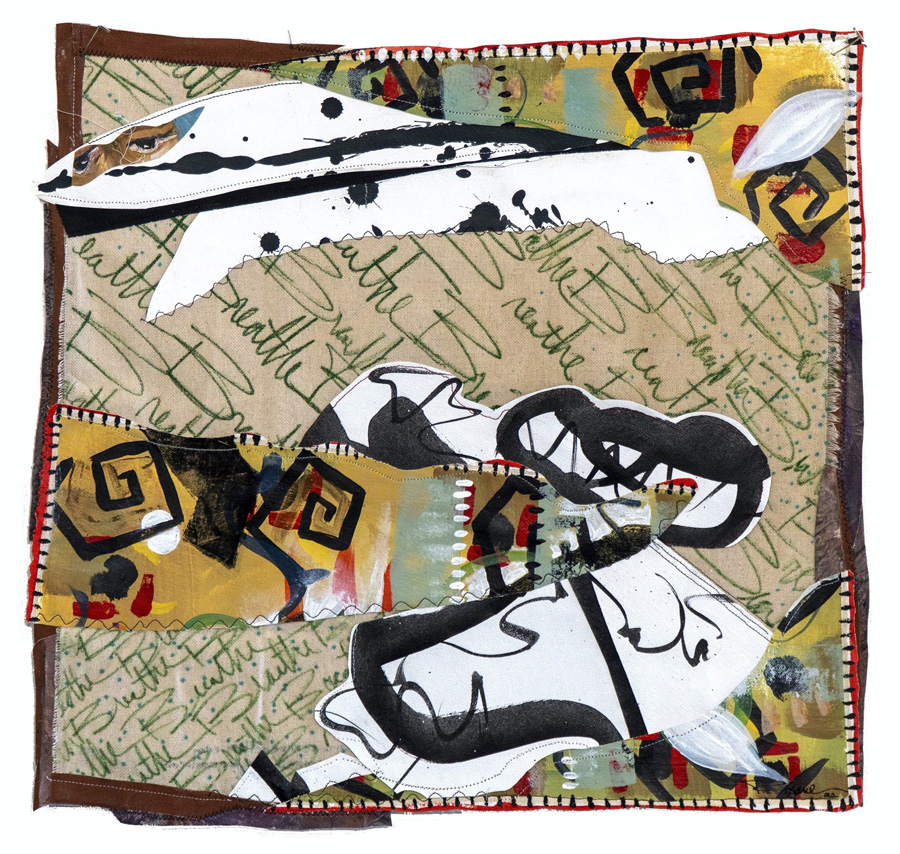 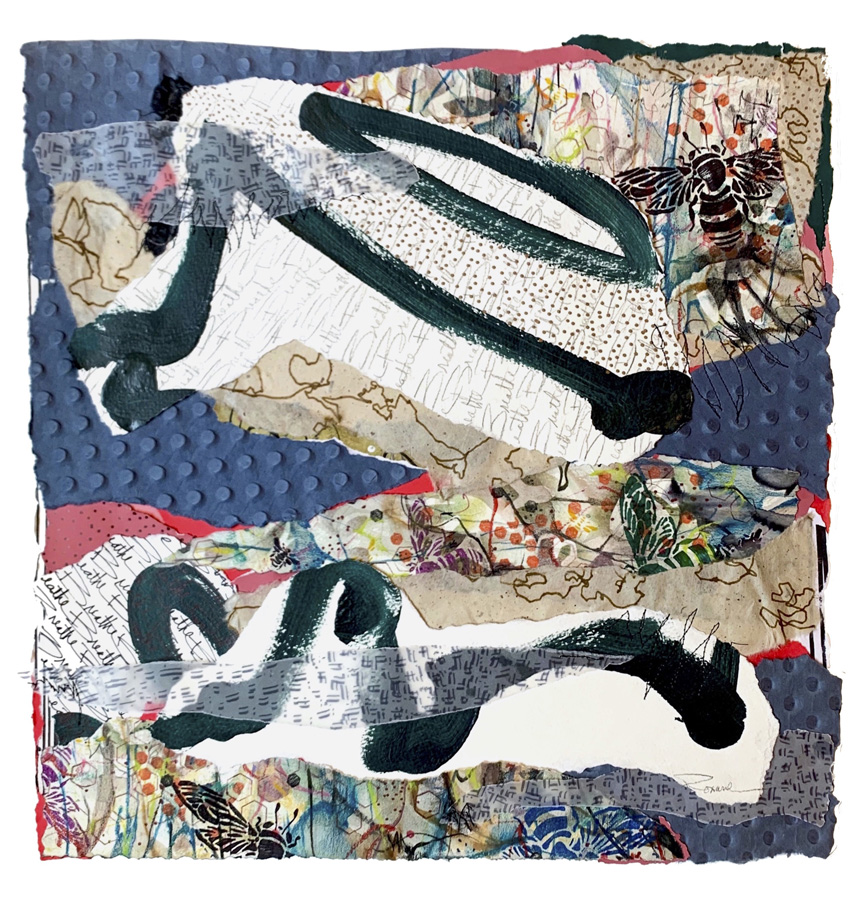 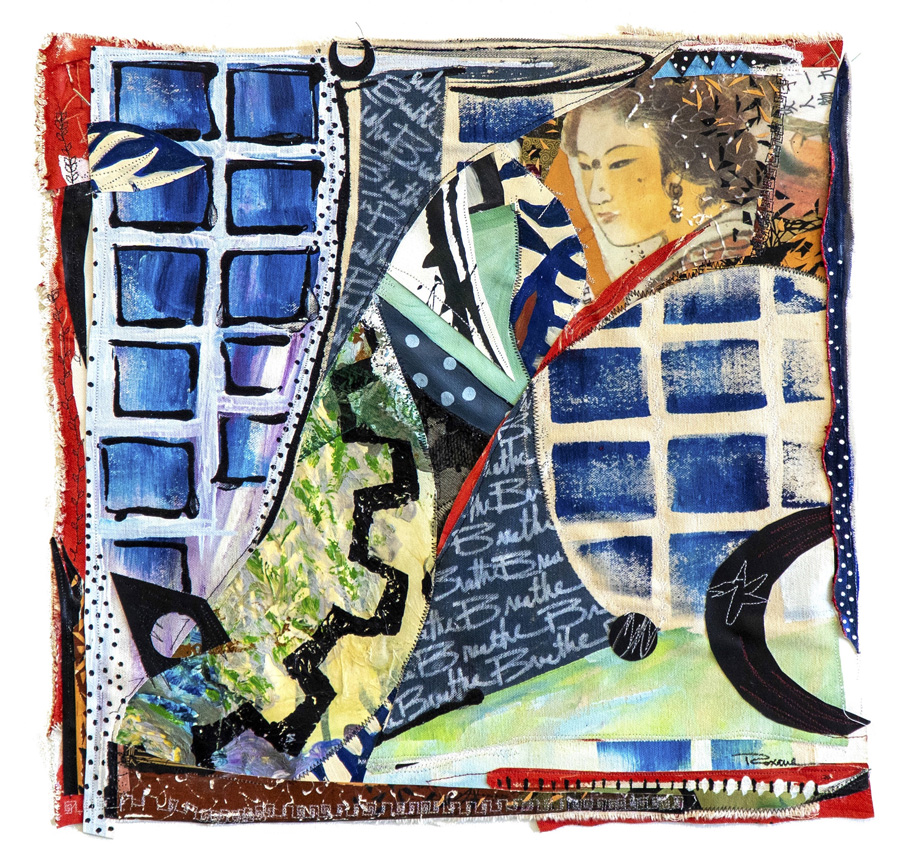 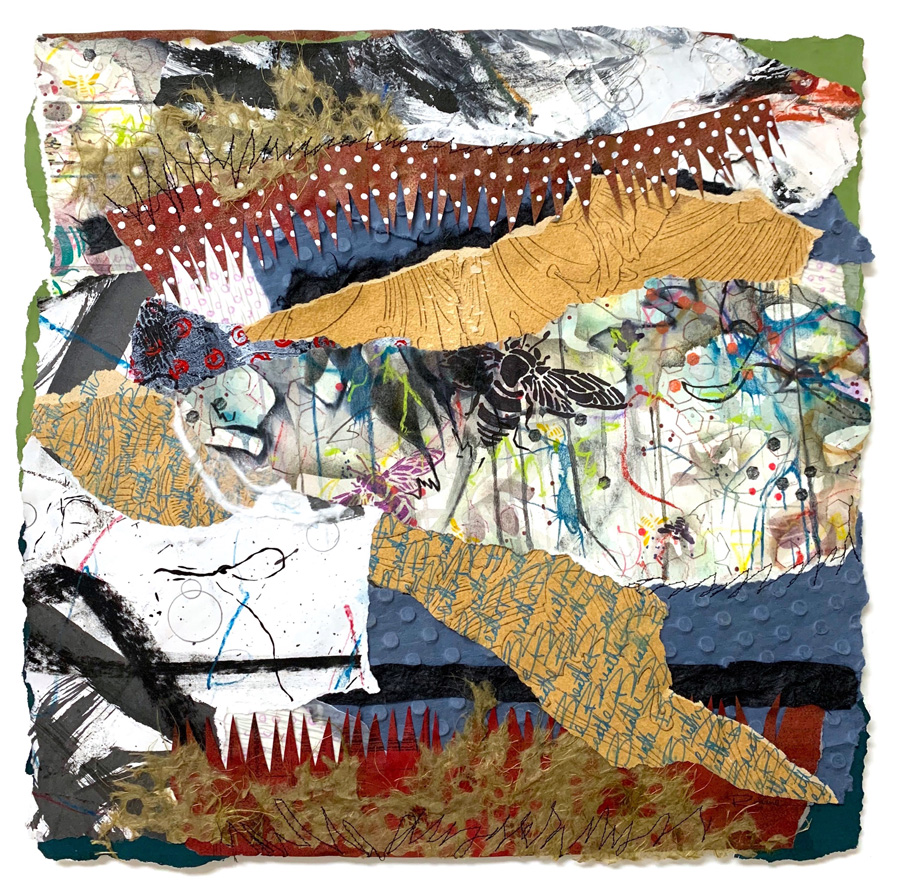 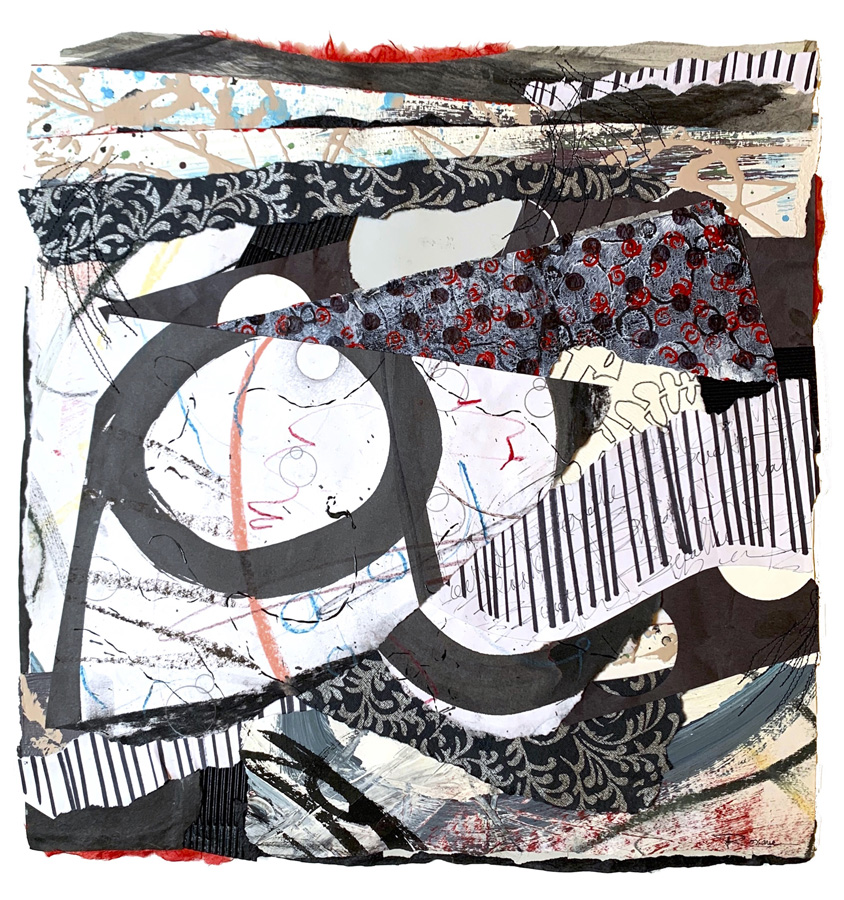