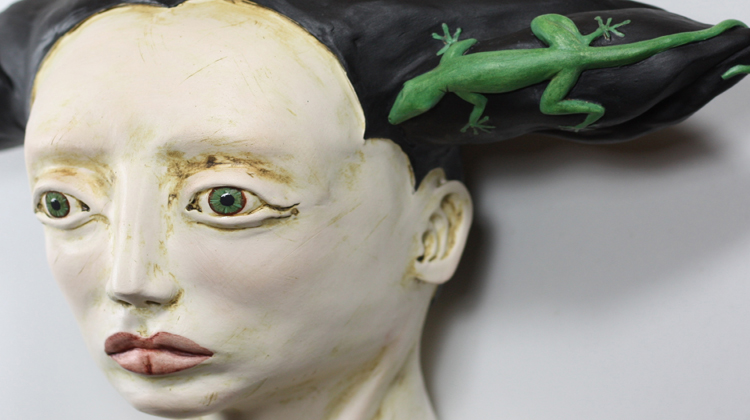 South Carolina ceramic artist Lucy Bailey studied faces for years before she started to make them. And it shows in her surreal figurative work.

The artist: Bailey grew up on Lake Murray in Irmo, and graduated from Columbia College (SC) with a theater degree.

She earned a master’s degree in clinical counseling and an education specialist degree in school psychology from The Citadel. After several years in Charleston, she moved back to Irmo 25 years ago.

A licensed professional counselor, Bailey works as a behavior specialist in a public school district.

In the beginning: In 1976, when Bailey was 15, her father took a drawing class at the Columbia (SC) Museum of Art, and she enrolled in a weekly pottery class next door at the ceramics studio.

As the only teen in a class of adults, she often had to give up using the wheel so each adult could have one.

Feeling discouraged by the experience, Bailey did not touch clay again for thirty years, but doted on it from afar.

She wandered through galleries in western North Carolina, huddled in bookstores, leafing through ceramic art magazines and collecting objects on walks in the woods or scavenging for bits of metal behind auto parts stores.

No matter where she was, Bailey studied faces, taking note of the puff and fold of eyelids, the jawline, the width and angle of nose bridges, and the infinite ways in which the corners of lips meld into cheeks.

Finally, in 2007, Bailey took her first ceramics workshop in Asheville. Since then, she has continued her ceramics education on her own and in other workshops.

The studio: Over the last ten years, Bailey has converted a 2.5-car garage on her property into a dedicated ceramic studio. The artist also has a separate kiln shed and some space outside the studio with a picnic table for sanding, using a propane torch, and other messy work.

What’s popular: Wall-mounted pieces with fully formed heads, rather than having a “back” flat against the wall.

Influences: The textures of nature, including a wormwood, a coral, or a feather, often aging or in a state of disrepair.

Recent: A show with painter K. Wayne Thornley at Stormwater Studios and Gallery in Columbia, SC, in May. The two artists have been friends since college. 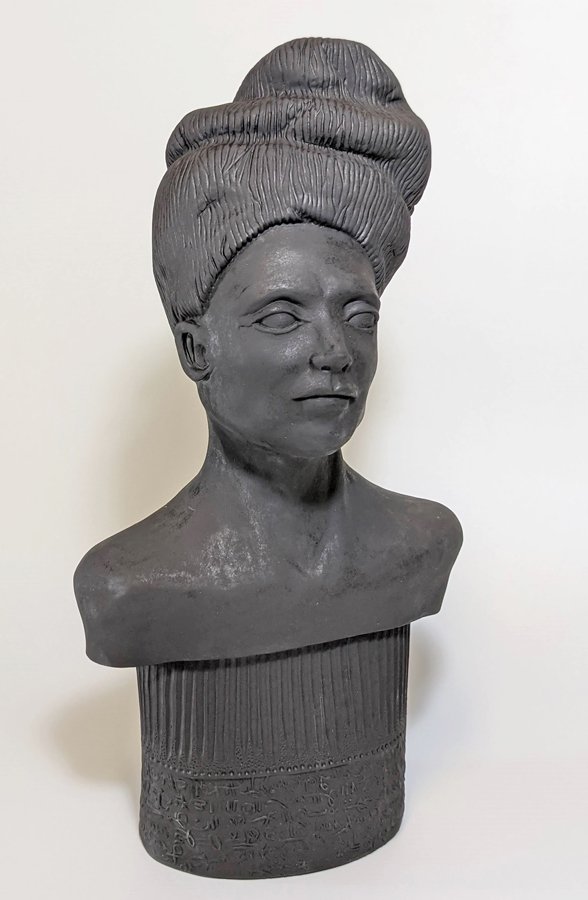 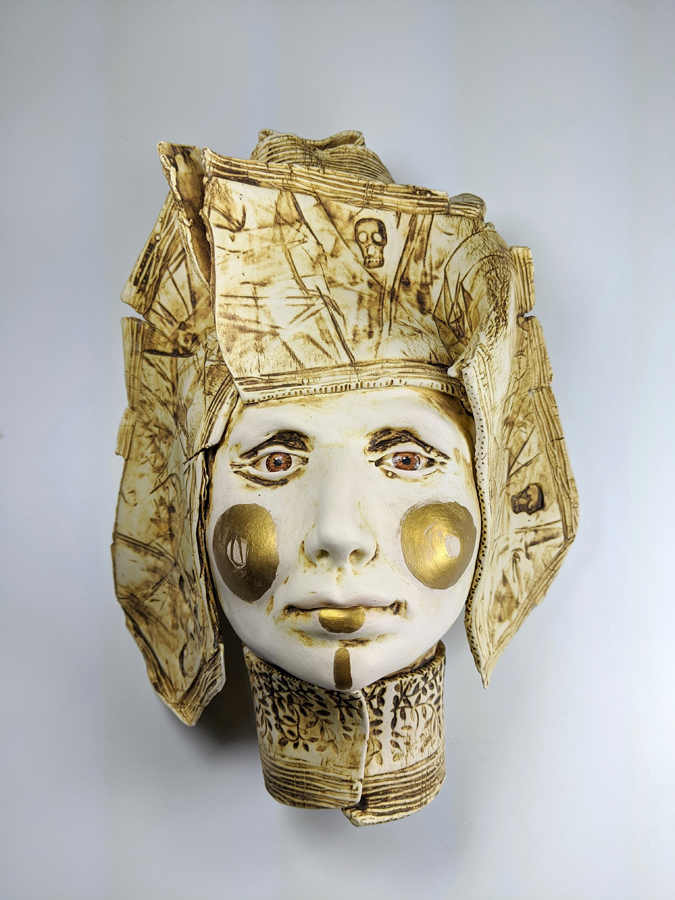 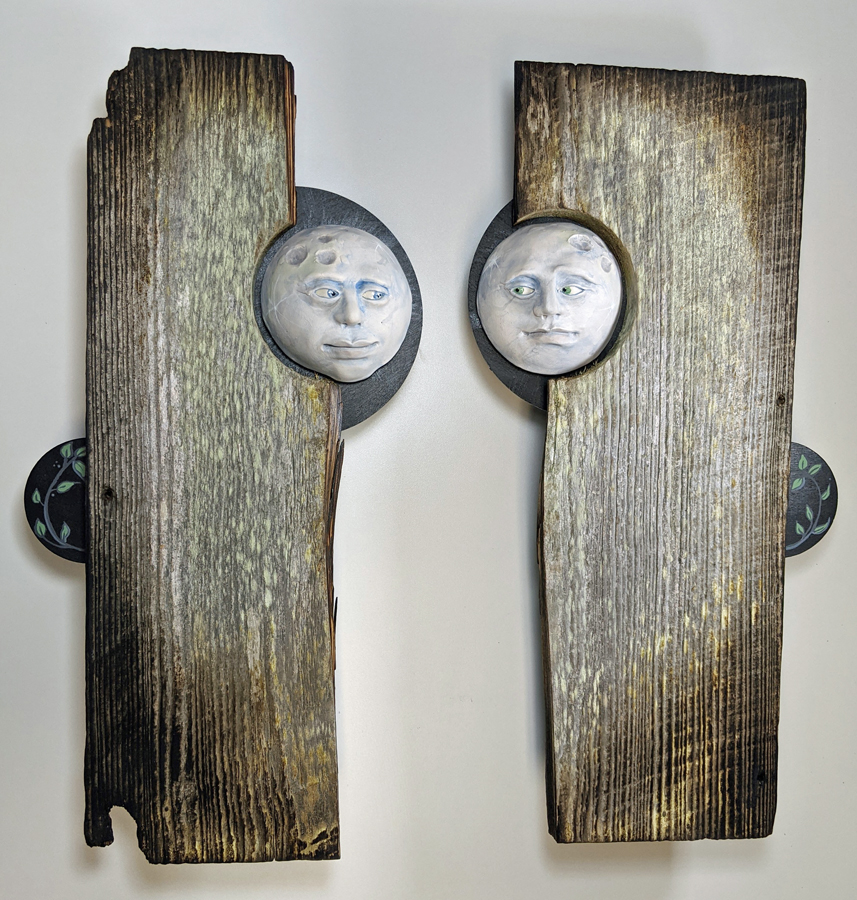 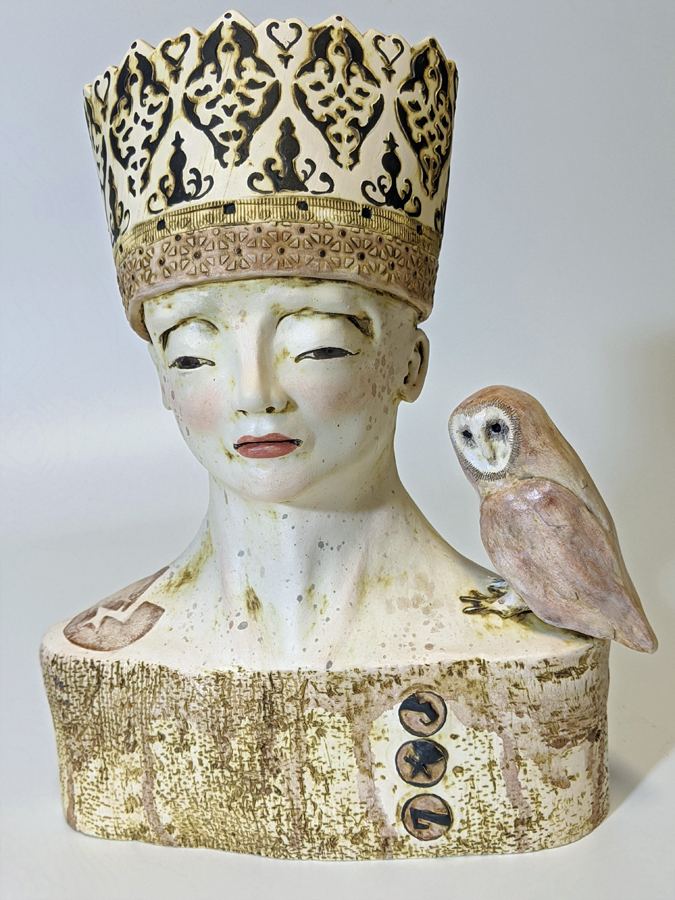 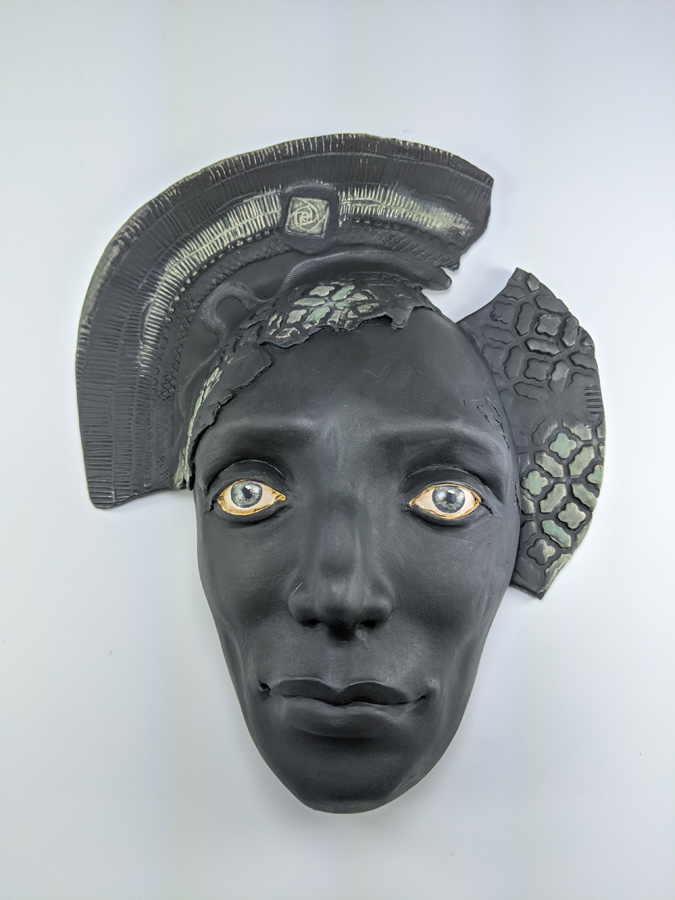 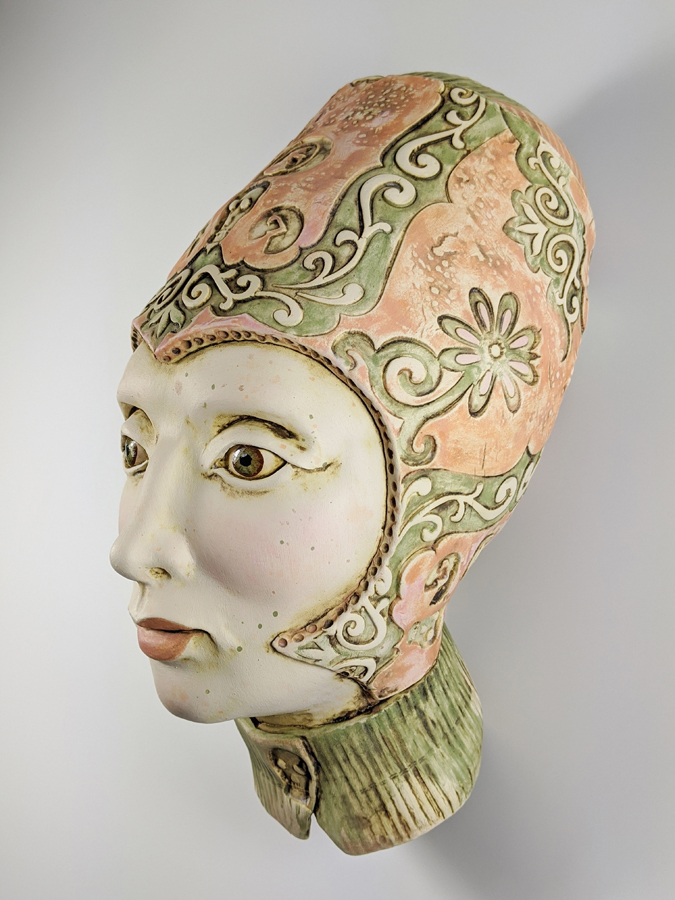 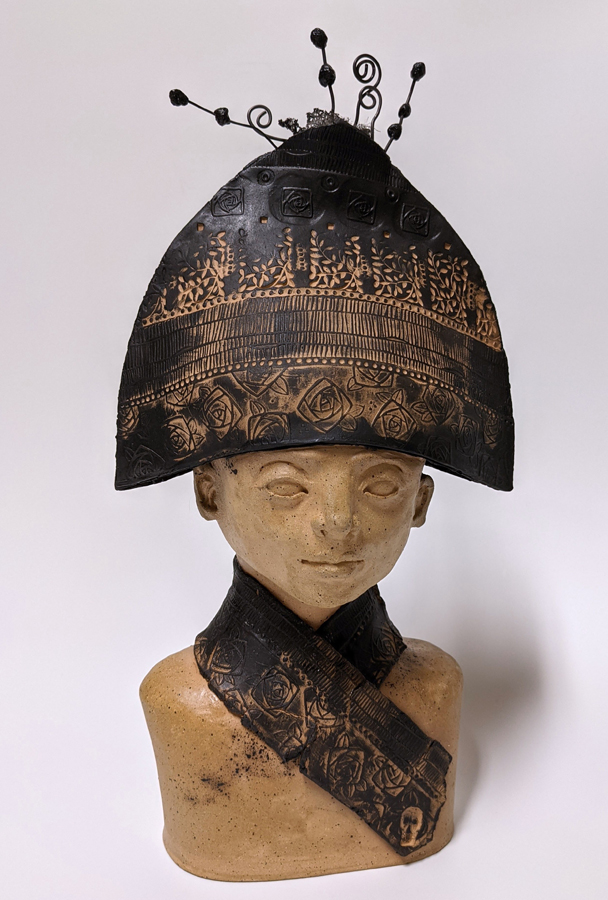 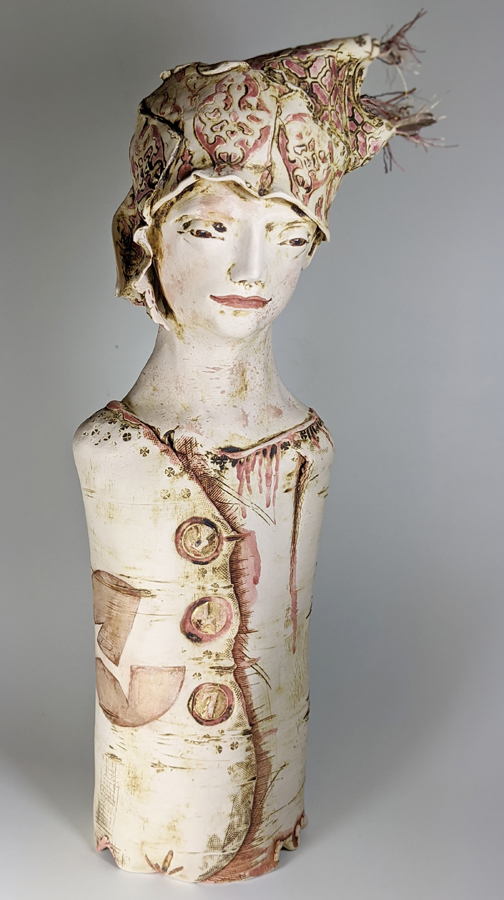