Influenced by his work at a contemporary furniture company, Charlotte’s Mark Ellis started his own design business: building modern houses. For birds.

The artist: Born and raised in Marine City, MI, Ellis grew up in a log cabin on the St. Clair River. His family had sailboat and powerboat and enjoyed fishing from dock and swimming.

Ellis attended St. Clair County Community College and worked for a company that installed finance offices across the country. In 1987, he moved to Charlotte and worked for a Herman Miller furniture dealership for 20 years.

The company/studio: Koolbird, based in Charlotte, started in 2010. Ellis works out of a small shop in his basement and ships his birdhouses all over the world.

During the pandemic, when arts festivals were canceled, Ellis noticed that foot traffic had increased on the street outside his home. He set up a birdhouse display in a tree in the front yard and sold several houses to people passing by.

The art & materials: Eco-friendly bird houses ($190) made from tropical hardwoods with mid-century modern designs that are architecturally sleek with sloping roofs, curves. The stylish yet functional birdhouses are made to live outdoors.

Anybody can build a square birdhouse, Ellis has said.

By the numbers: Built 1,200 birdhouses since he started.

Fun, special or unusual requests: To build people-sized birdhouses (no down payments for those yet!). Also book boxes (for sharing books).

Big break: Awarded top prize in the craft category in 2019 by North Carolina’s Our State magazine. 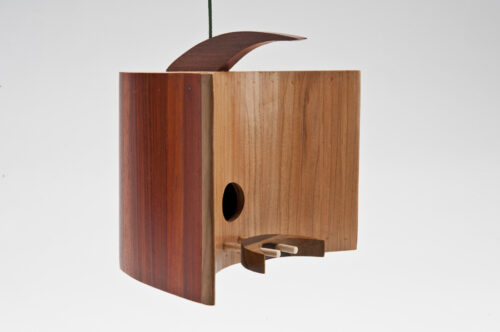 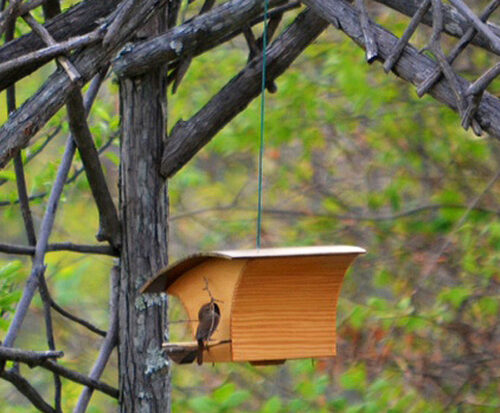 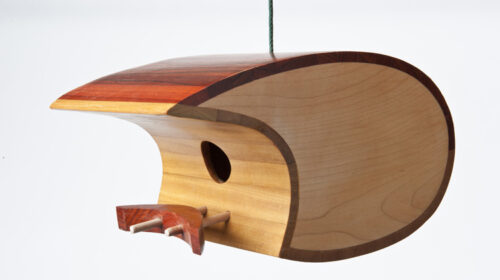 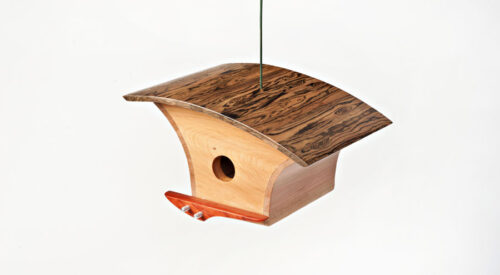 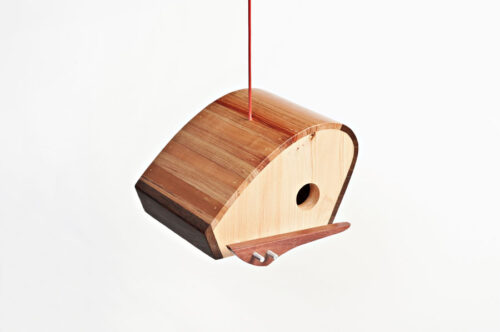 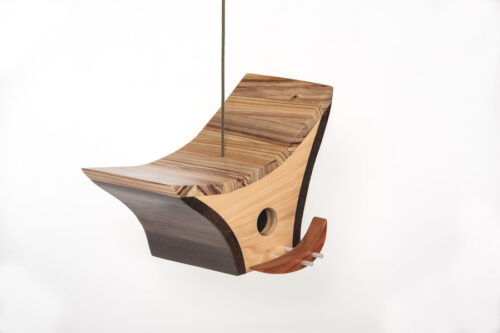 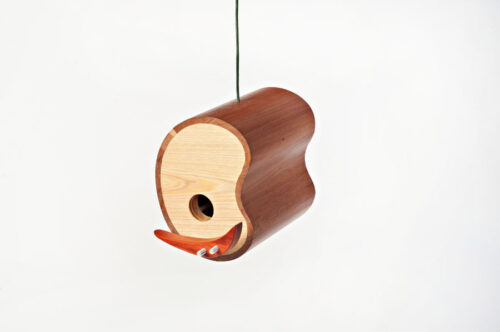 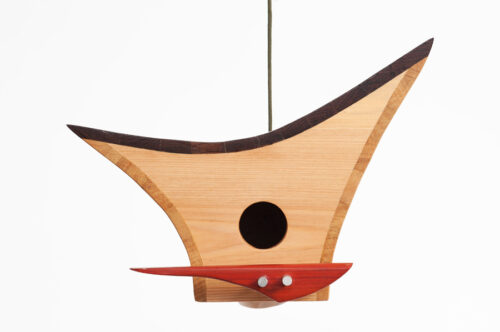