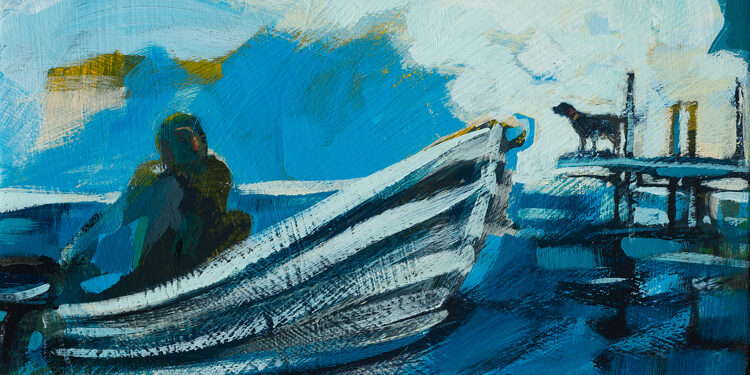 In her folk-like paintings, Mississippi’s Ellen Langford captures playful yet tender moments between children and creatures in a rural landscape.

Artist: Langford grew up in Jackson, the youngest of four children and the only girl, obsessed with drawing and painting.

The Mississippi native headed to Colby College in Maine, but took time off to take academic classes in art in New York, San Francisco, Washington, DC, and Italy. After six years, she earned a BA from Colby.

She eventually moved back to Mississippi. While doing her art on the side, she worked as a paramedic for a little over a decade.

Now a full-time artist, Langford found a resonance between her work (and her patients’ stories) and her work as an artist.

Langford is also a parent and owner of chickens and dogs, which she often includes in her paintings.

Company/studio: Paintings by Ellen Langford is based in downtown Jackson in a space the painter has shared for eight years with five or six other artists. She also works at her dining table, painting smaller works on paper, and paints on location.

Art & materials: Narrative paintings of people (often children) interacting with each other or with creatures like dogs and chickens, mostly in rural settings ($200 to $5,000). Paintings are created mostly with acrylics, but also gouache and oil.

Favorite tool: A cheap, reusable plastic sandwich container. It is lightweight and makes a great palette for oil or acrylic.

“I depicted them — and their dog, of course – dancing within the trees,” said Langford. “The son in the wheelchair was doing a wheelie, and the son with crutches was swinging them around in exultation.” 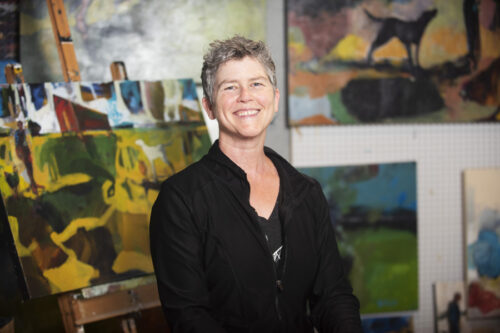 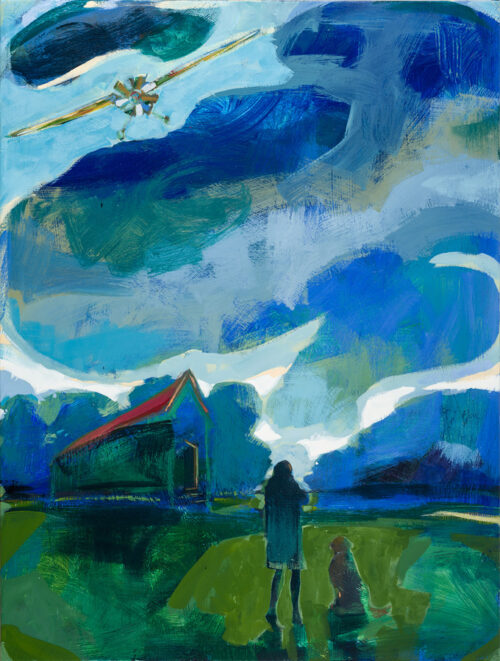 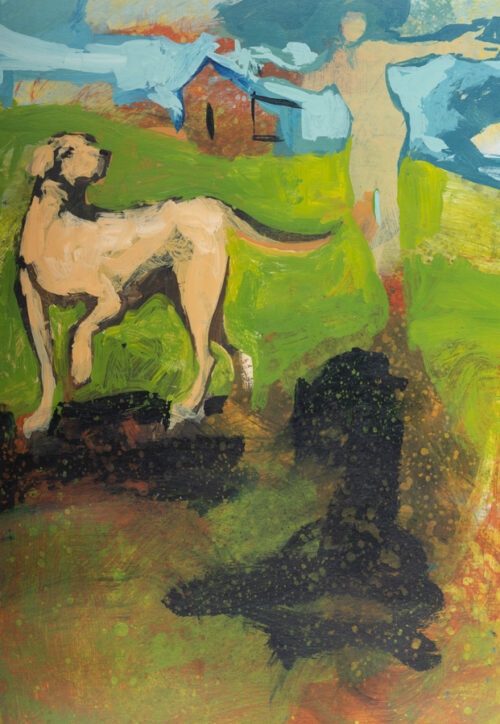 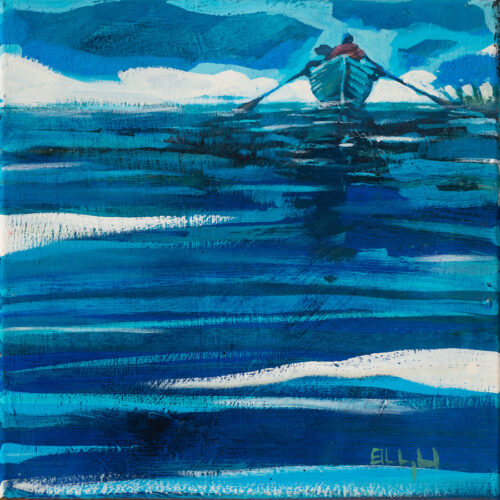 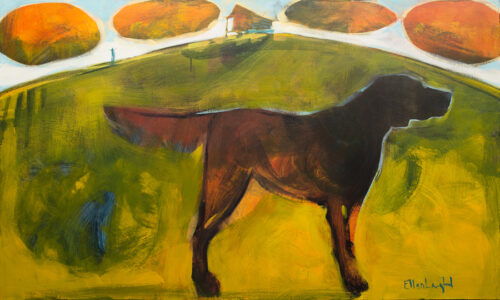 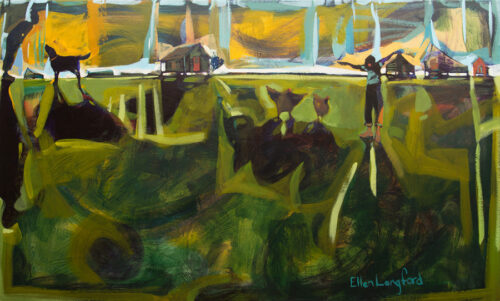 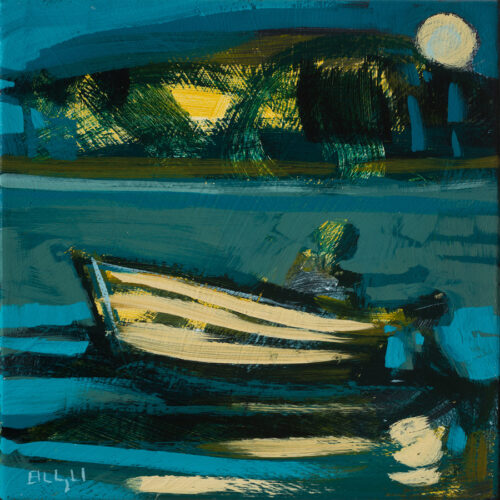