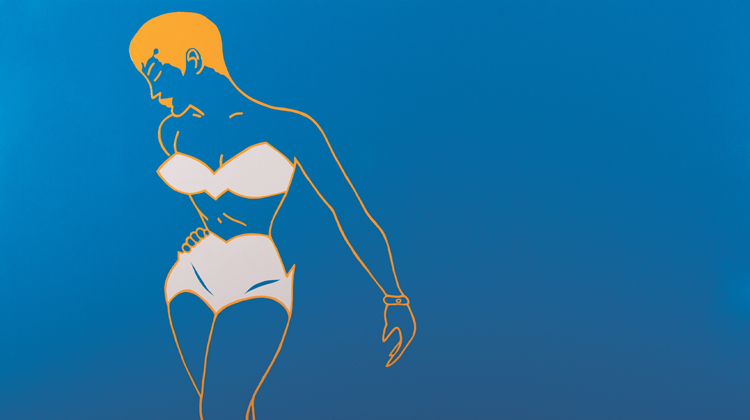 In her colorful silhouettes, Atlanta’s Tracy Murrell celebrates the beauty and grace of the female form.

The artist: Born in Mobile, AL, she moved with her family to Spain for five years when her father was in the Air Force. After that, the family settled in Biloxi, MS. `

At Centenary College in Shreveport, LA., Murrell graduated with a degree in psychology. Initially, she wanted to be a child psychiatrist but decided medical school wasn’t a good fit for her.

She worked in the non-profit arena (HIV|AIDS education & prevention) before landing her first dream job of working in the music industry. In 1993, she moved to Atlanta and started working for Organized Noize, a production company, before joining EMI Records.

In the beginning: When her job with EMI Records ended, she was not sure what to do next. She decided to paint a sunrise on canvas to go over her home’s staircase in my house. She bought the biggest canvas that would fit in her car and lots of paint.

Two years and lots of white-out later, she finished her first painting. After her first exhibition in 2009 at the pb&j gallery in Atlanta, Murrell realized she had found her passion and some peace. She been painting ever since.

In 2014, she joined Michael David’s atelier program, Fine Arts Workshop in Atlanta, which helped her find her unique voice and style as an artist through David’s teachings and working with a cohort of 21 fine artists.

The studio: Murrell’s studio is located in an old church (built in 1922) that has been converted into space (Westview Studios) in Atlanta’s West End. Her spacious first-floor studio has lots of windows. Around her are other artists who have become her “art family” over the years.

The art & materials: Silhouettes and images of female forms ( $1,500 to $15,000), using acrylic, high-gloss enamel, encaustics, paper, and resin. Most pieces are created on birchwood panels.

Her solid silhouettes are often painted with a high-gloss enamel that gives them such a shine that you can see your reflection in them. Murrell pairs them with decorative papers, such as Japanese Kozo, Mulberry and others sourced locally and abroad.

For her papercut pieces, she uses a solid sheet of Yupo paper, a non-porous, acid-free, synthetic paper that is super strong and cuts like butter.

But she has also started designing her own paper using encaustics (colored wax) on rice paper and cutting my silhouettes out of it.

What’s popular: The “Sumaya” series of silhouettes. This year, she introduced “Surrender.”Murrell’s silhouettes are based on images of black women who are friends or those she has sourced online.

“My intention is to show the black female in all of her grace,” she said.

Fun, special or unusual requests: Early in her career, Murrell was commissioned by a friend to create a painting of him riding a motorcycle. She said yes to her first commission and learned the challenges of commissions.

At the unveiling, a friend whispered to her: “Guys on motorcycles are definitely not your thing! Stick to your silhouettes!” She was right.

Awards & honors: Many, including residencies and fellowships at: 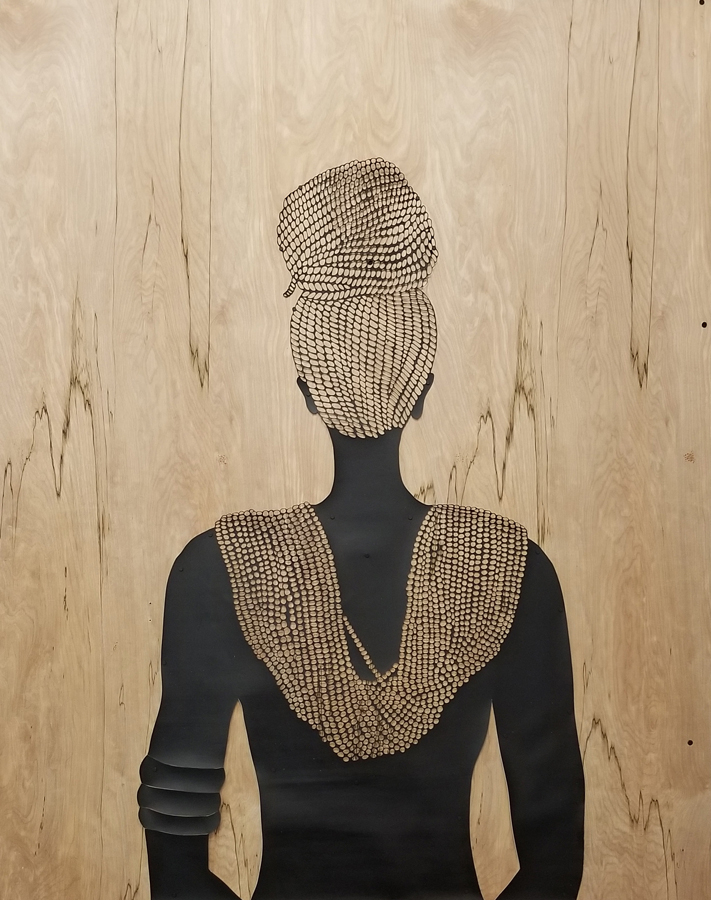 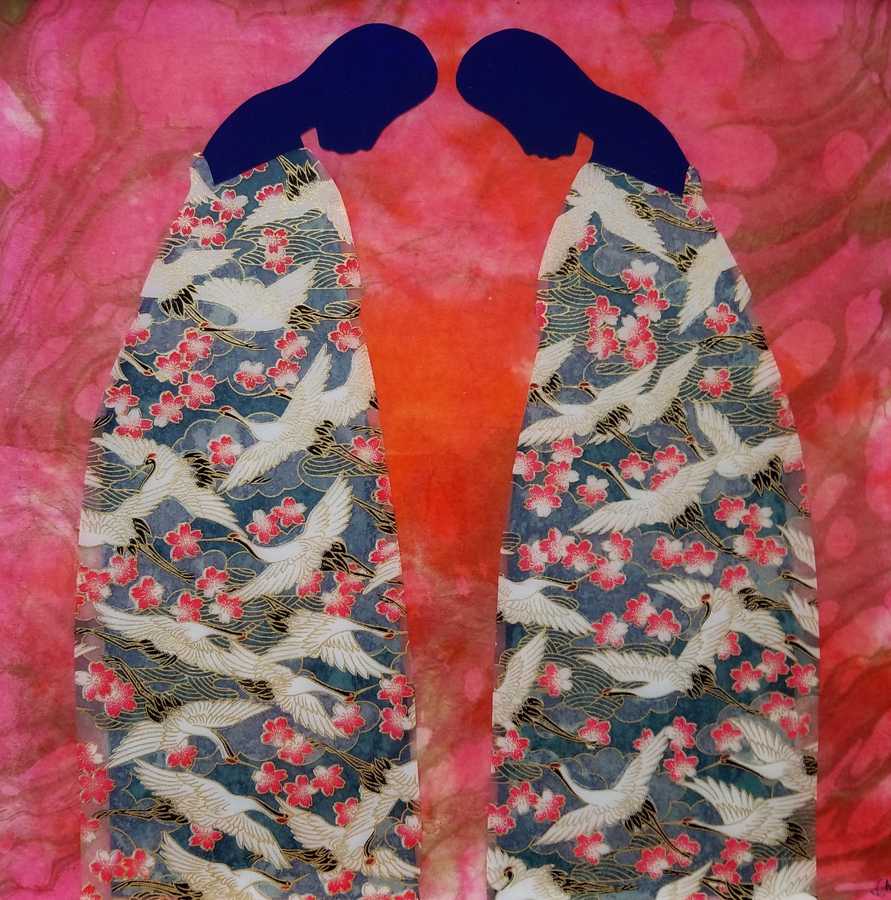 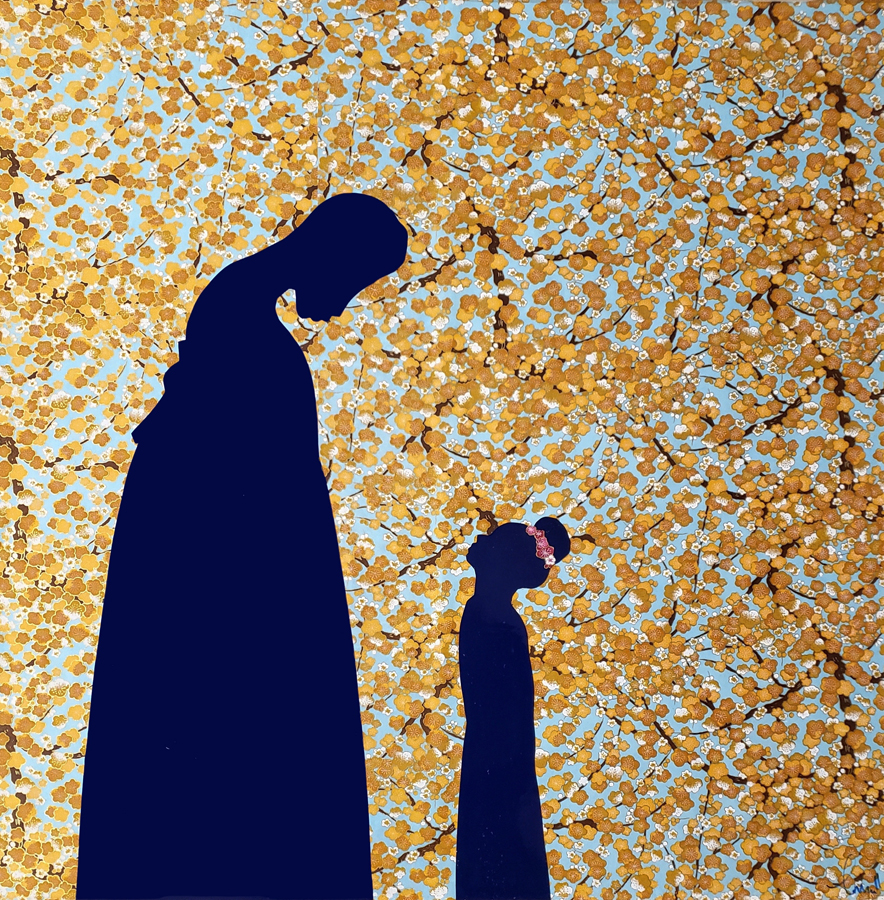