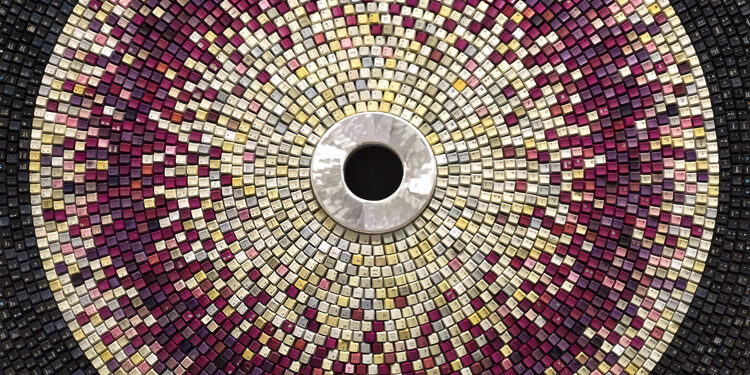 Doug Powell’s art first caught the attention of Ripley’s “Believe It or Not.” Now the Florida-based artist is widely known for using upcycled computer keys to create his large, contemporary mosaics.

The artist: Born in Ashland, KY, Powell grew up in Basking Ridge, NJ. After serving in the U.S. Navy from 1981 to 1991, he moved to the Orlando area, where he lives and works.

The company/studio: Doug Powell Art, started in October 2010 in Oviedo. At his home, Powell has one room for creating. He uses the living room for the assembly of large pieces of substrate and the garage for fabrication and grinding. He stores raw materials In a building in the backyard.

In the beginning: Powell’s unconventional approach to art started in grade school. Instead of completing a string art project in class, he built and assembled a much larger one on a wall at home. The project included 101 nails, a six-foot circle and several thousand feet of embroidery yarn.

Later, after his Navy service and 9/11, Powell decided he wanted to be a participant rather than an observer in art. In 2003, he tried painting. Four years, later, Powell figured out a way to make large garden containers using broken up chunks of granite remnants.

From that project, Powell stumbled into his latest concept: At first, using random puzzle pieces, and then computer keys to create large mosaics in a style he calls “contemporary pointillism.”

He figures he has collected more than one million computer keys over the last 11 years.

The process: Lays keys out face up on multiple panels making them accessible for selection as he builds the portrait. “I assemble the keys much like how a printer prints a paper,” said Powell.

By the numbers: Most portraits include 7,000 to 8,000 computer keys. The largest piece to date is a seven-foot by 14-foot abstract collaboration, which contains 24,000 keys. It is at the Marriott Resort in Santa Clara, CA.

What’s popular: Mostly large portraits in the 70-inch-by-62-inch range ($20,000 & up). Portraits of well-known people are most popular with galleries. Private commissions are often portraits of family members or CEO’s and founders of Fortune 500 companies.

Monochromatic works are still the favorite among collectors because black and white art fits the motif of much interior design.

Other favorites: Smaller abstract versions of his mosaics. Pieces are 52 inches by 52 inches and several size variations priced below $10,000.

In recent years, there have been more requests for pieces with colored keys, which are often collected from old mechanical keyboards. But Powell is also dyeing computer keys using the Pantone color scale to meet the demand.

Fun, special or unusual requests: Mary Kay Inc. wanted him to create a piece using one million lipsticks. Powell told them that would cover all the floors of a 7,000 square foot house. He ended up creating a six-foot by seven-foot portrait of founder Mary Kay Ash using 11,800 lipstick caps.

In 2017, Powell went to the five-day event. He connected with an international market and was picked up by a prominent gallery in Washington, DC.

Claim to fame: A portrait of Lady Liberty, made with puzzle pieces, has been featured in the lobby of Ripley’s Museum in NYC’s Times Square since 2012.

Where to buy: DougPowellArt.com. Also several galleries, including: 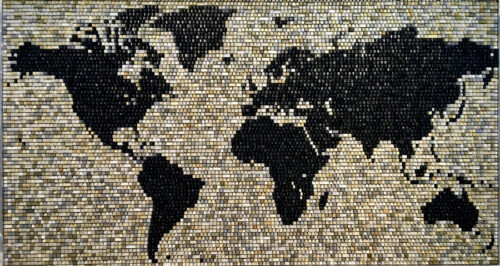 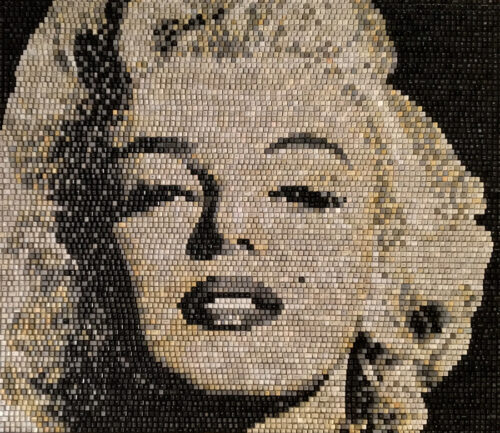 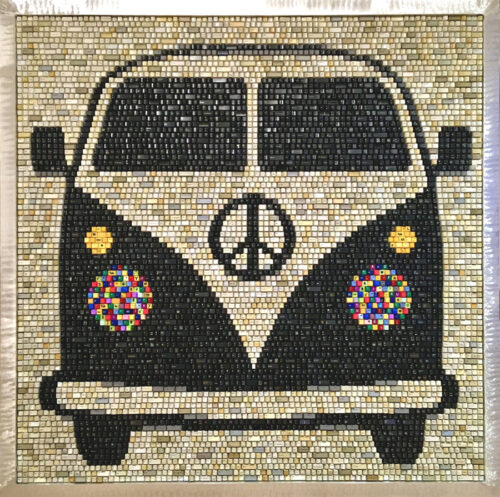 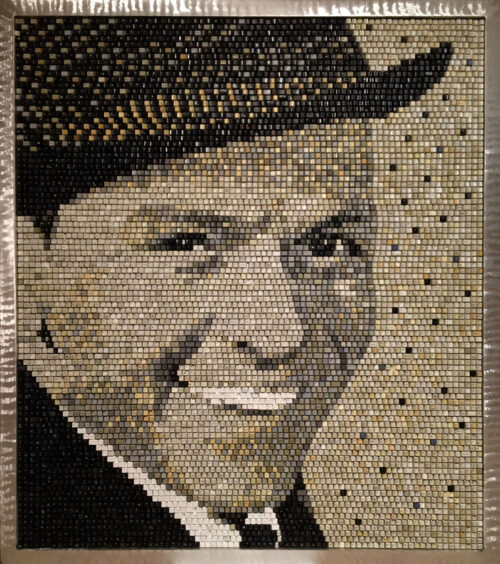 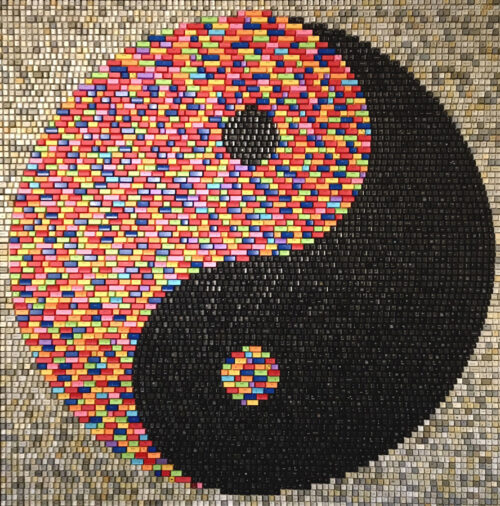 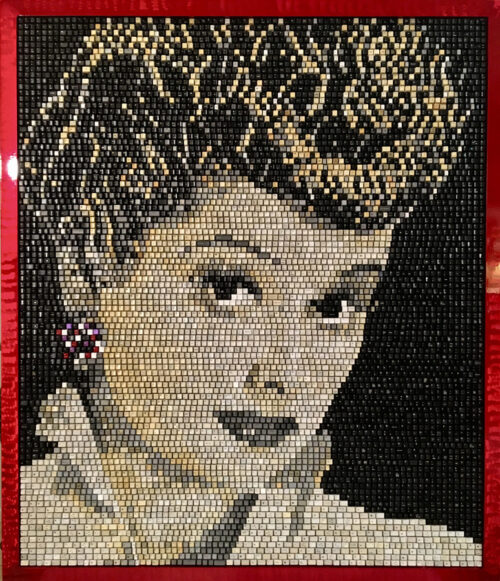 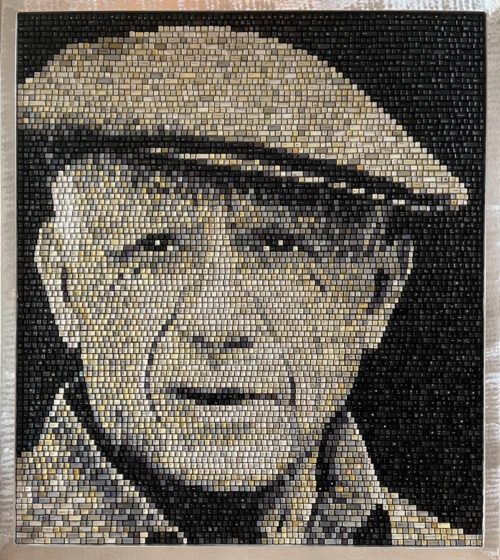 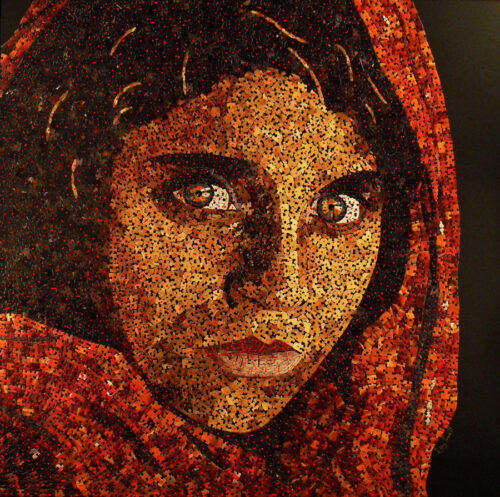