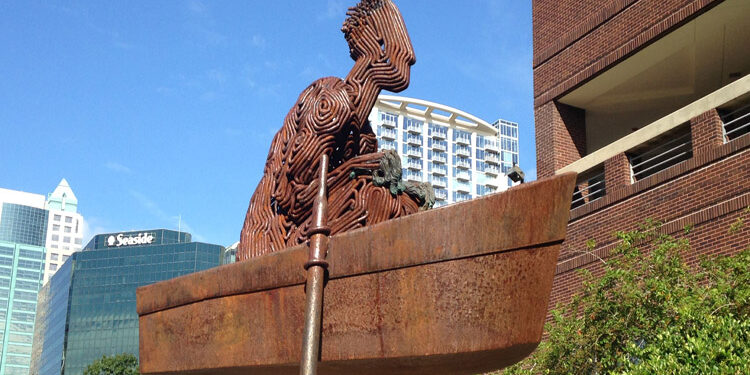 Artist: Alderman grew up in Brevard, NC, and still calls it home.

After graduating from Brevard College, he went to work with his college sculpture professor, Tim Murray, as a teaching assistant. He also helped Murray produce a monumental aluminum sculpture titled “Mountain Rhythms” on the Brevard College campus.

“Both of these working experiences furthered my education and allowed me to develop the skills and craft I use today,” he said.

In the beginning: Alderman graduated from college in 1999, but it wasn’t until about 2004 that he began to develop the method he uses today.

Commissioned to make an elk sculpture, he had to figure out how to make a large, outdoor, public sculpture. Alderman took what he learned working with the coppersmith and applied that to steel.

Ever since then, he’s been developing this highly physical technique of drawing in space with round-stock steel.

Studio: In 2018, Alderman built his own 500-square-foot studio, located within minutes of his home in Brevard. The Black Box Studio, which he calls it, is a little black box of a metal building.

Art & materials: Figurative sculpture, mainly using round-stock steel. He works with 1/4-inch, 5/16-inch and 3/8-inch round stock, which all have different attributes. But he prefers the 5/16 for life-size figures, which are usually accented with handmade copper elements on the hands & feet.

Favorite or go-to tools: A small stick welder, torch, grinder with a cut-off wheel, hammer and some pliers and clamps. But his favorite tool is probably the oxy/acetylene torch.

“Every bend, curve, turn, in both the steel & copper, is made with the help of the torch,” said Alderman. “It’s the torch that transforms the cold, rigged material into soft organic forms.​​​”

Other favorites: Lately, a large series of copper bird sculptures, using found-object pieces to make pedestals for the birds to perch on ($3,000 to $6,000).

Inspirations: Two main artists he has always admired are Egon Schiele and Jackson Pollock. He emulates their work in his own with: Schiele’s simple and few stylized lines that capture the figure, and Pollock’s random chaotic, mesmerizing drips. 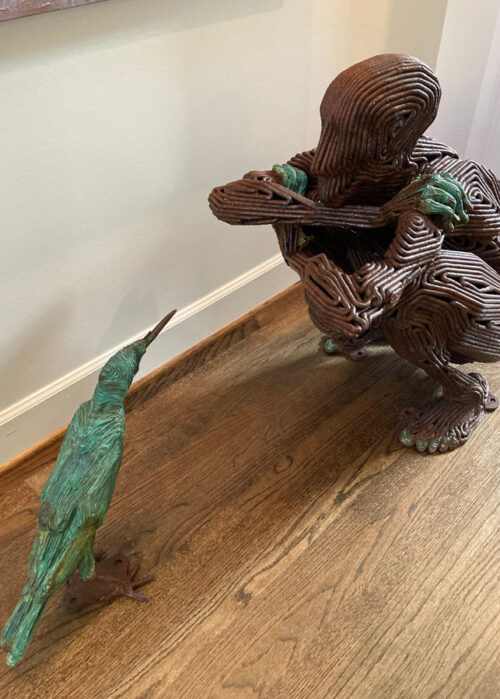 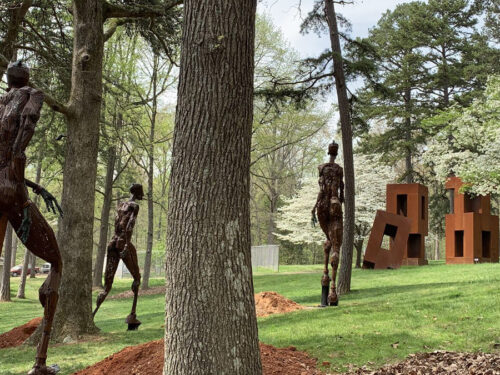 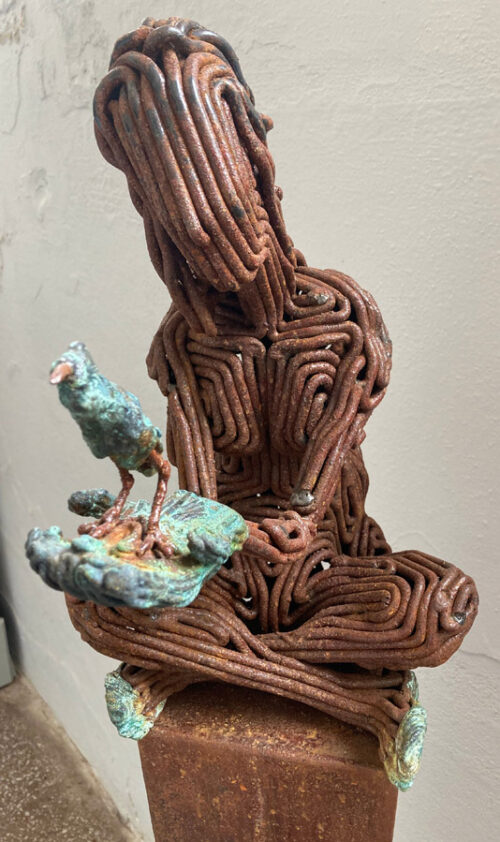 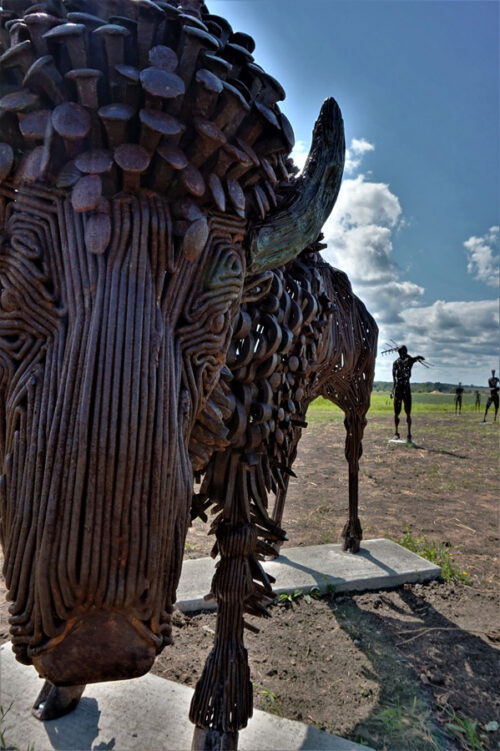 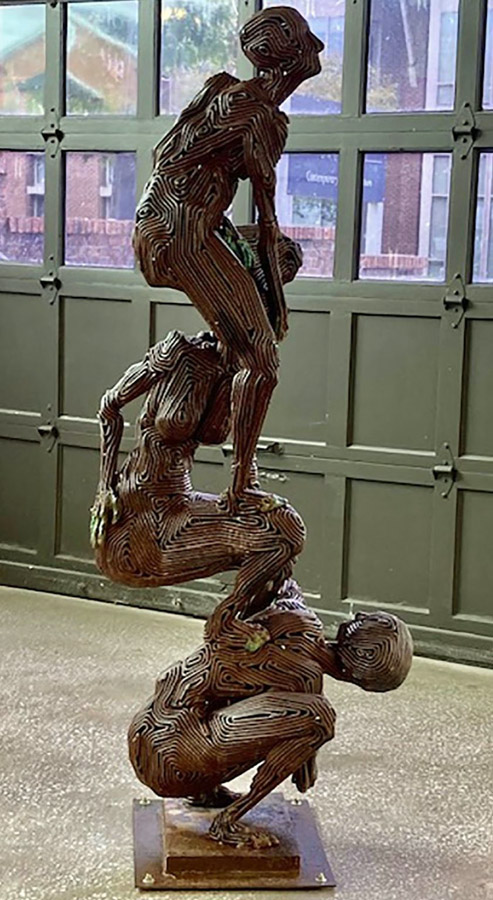 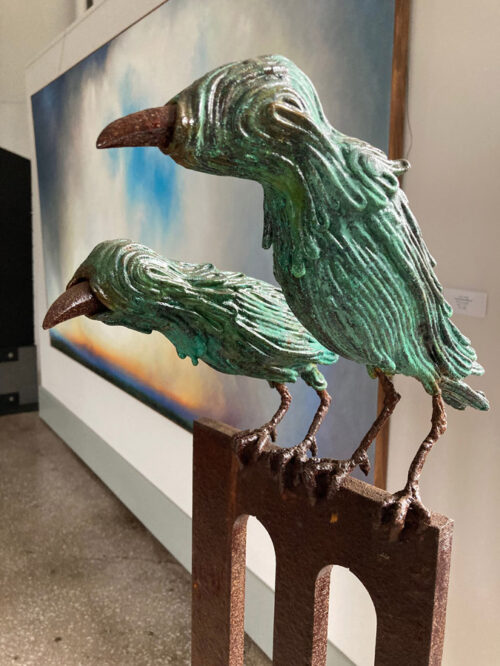 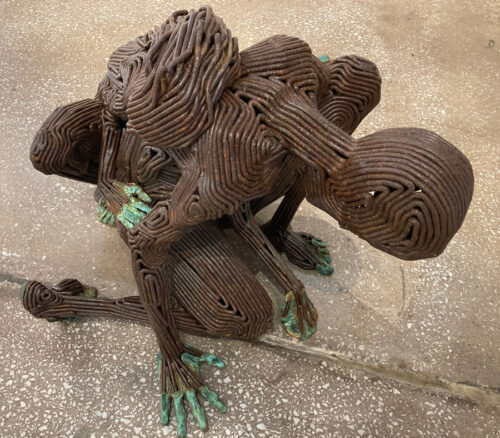 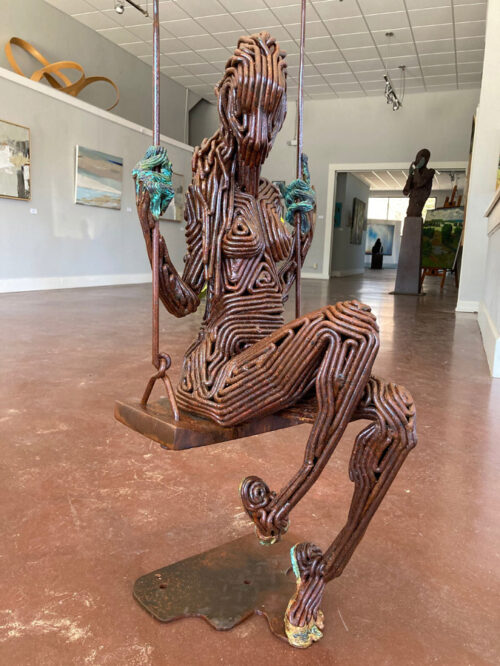