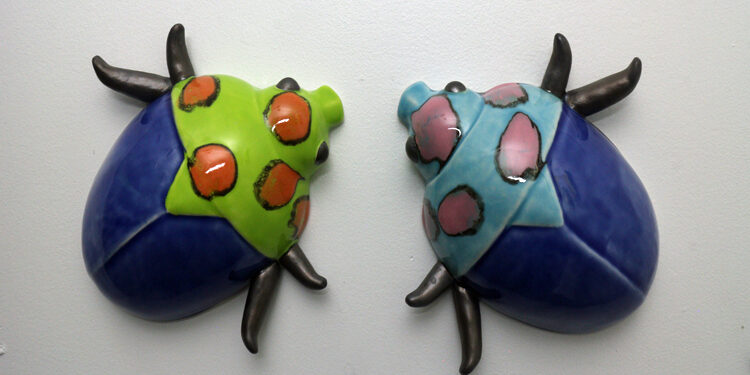 Georgia’s Krista Grecco mixes the “sweet and sour” memories and moments of life in her ceramic art. Everything from expressive figures and animals to color-happy candy bugs.

The artist: A fraternal twin, Grecco was born and raised in Massachusetts. But undergrad school in New York, graduate school at Ohio State, and artist residencies and teaching have given Grecco the opportunity to live in many places and fill an impressive multi-page resume. Grecco lives in Decatur, where she has a backyard studio.

In the beginning: Grecco always knew she wanted to be an artist. She assumed she would be a painter, and she also loved acting. After she took her first ceramics class in college, she didn’t care about anything else. “I have been totally devoted since 1990,” said Grecco.

The figurative and animal work is emotionally layered. There is a push and pull between playful and serious, powerful and weak, sweet and sour. “They are not afraid to show pain,” said Grecco. “They do not smile.” The work is 14 inches to 22 inches tall.

Candy Bugs came about in 2007, originally as a series of molded multiples for a wall installation. In 2015, she dusted off the plaster molds and created 10 more for a candy-themed exhibition. She has been selling them ever since.

Unlike her other work, Grecco sees the Candy Bugs as a joyful expression of color and form. They measure 9½ inches by 9½ inches by 3 inches.

What’s popular: The Candy Bugs ($150 each). Also her new nostalgia series of animals ($1,200) whose forms are inspired by toys and stuffed animals.

Other favorites: Any sculpture with a handmade bell, such as Mighty Mighty ($1,800), a standing woman holding a very complicated bell in the shape of an owl’s head. The bell was developed during a brainstorming session with Grecco’s six-year-old son and studio mate. Fauna, another sculpture ($1,500), wears fox and owl head bells.

Inspiration: Reading stories with her son about forests, magic and animals (“The Trumpet of the Swan” is a favorite).

Big breaks: In 2003, Hanspeter Dahler invited her to show her work at his gallery Kunstforum Solothurn in Switzerland. He had seen her figurative work in a gallery in Chicago and has represented her ever since. Because of him, three of her sculptures are in the collection of Ariana Museum of Ceramics and Glass in Geneva.

He also nominated Grecco for the Swiss ceramics biennial in Geneva in 2016, where she had a solo exhibition at Galerie Maya Guidi.

And Carr McCuiston at Signature Contemporary Craft gallery in Atlanta began selling Grecco’s Candy Bugs. McCuiston has placed her bugs in the hands of collectors, art consultants and is responsible for an installation at the Orlando International Airport.

Award/grant: 2018 grant from non-profit, Vermont-based CERF+ (Craft Emergency Relief Fund) Get Ready Grant. Grecco used the grant to purchase a ventilation system for her studio. “Since I create all my own glazes, it is a very important tool,” she said.

What’s new: Completing a commission of 14 bugs for a couple in Florida. Also finishing weasel, owl and cat sculptures that she began earlier this year.

Where to buy: kristagrecco.com. Her bugs can also be found at the Signature Contemporary Craft gallery (signature_shop on instagram) and in the High Museum of Art gift shop, both in Atlanta. 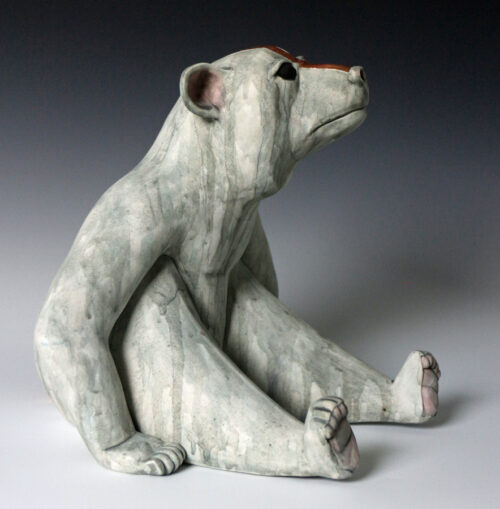 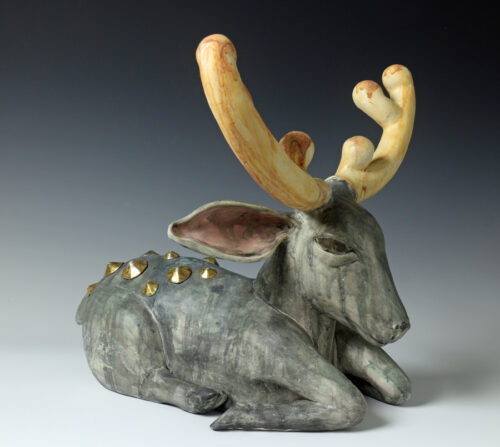 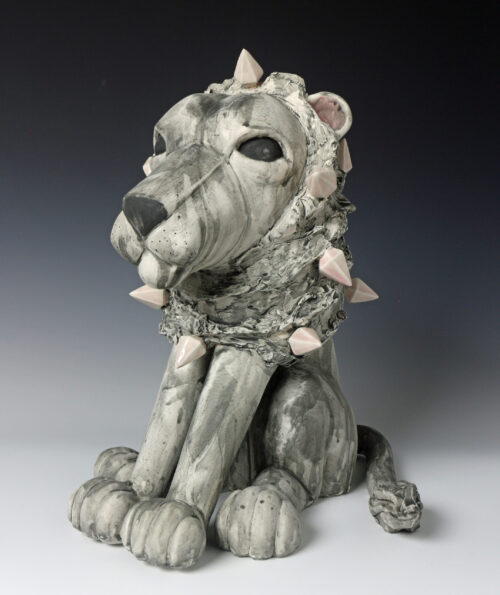 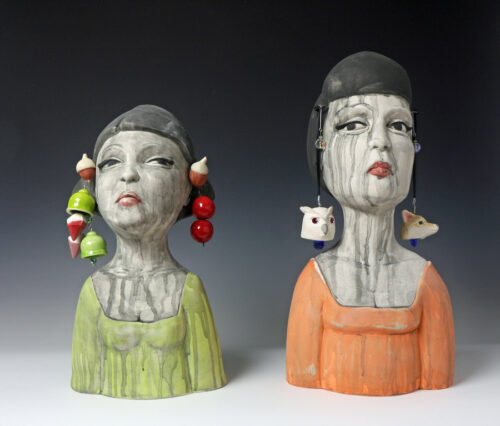 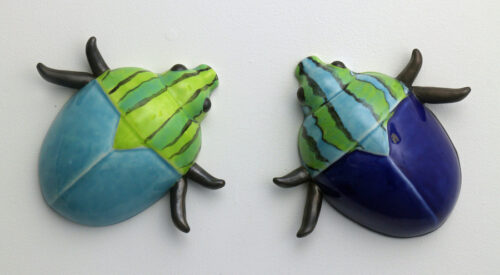 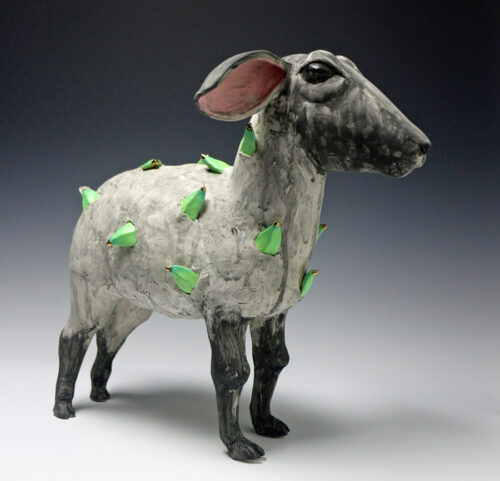 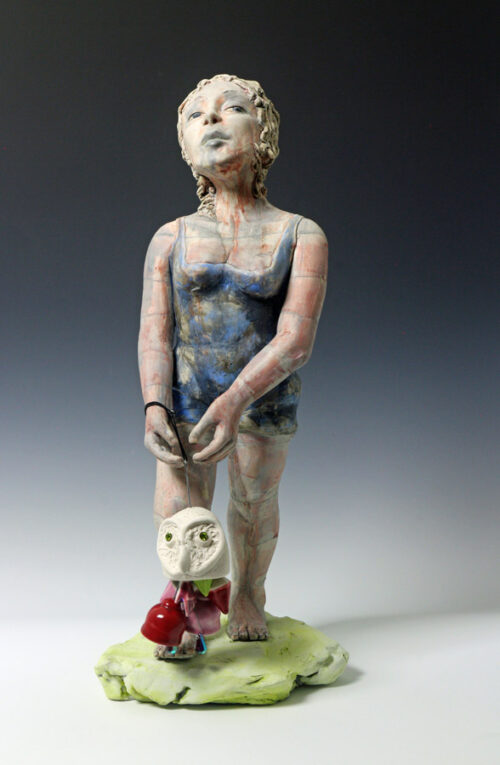 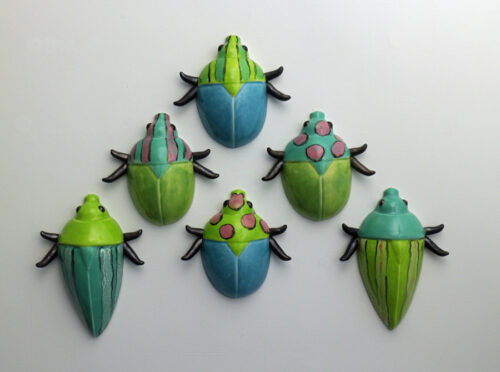